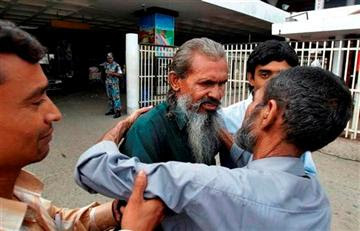 52-yr old Moslemuddin Sarkar who was presumed dead by his family in Bangladesh yesterday reunites with his family.

After 23 years in jail, Sarkar was freed from a Karachi jail on Monday night and was deported same day.

Ravaged by fatigue, Sarkar walked out of the concourse in Dhaka’s airport and was hugged tightly by his brother.

Sarkar had left home one morning in 1989 after a brief visit, telling his family he was returning to his job as a dock worker at Bangladesh’s main Chittagong Seaport. His family didn’t hear from him again until the International Committee of the Red Cross found him in the Karachi jail after the anonymous call. – Sapa-AP