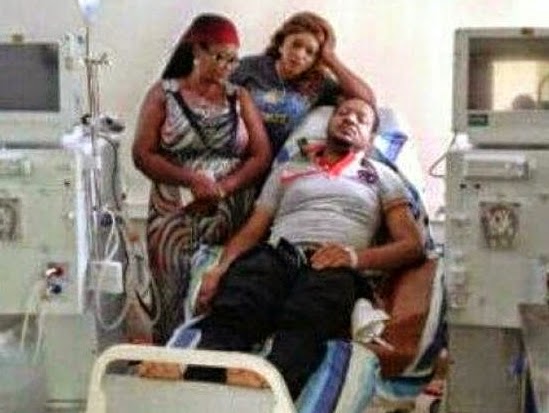 Few minutes after NaijaGists.com reported Nolly wood actor Muna Obiekwe’s death, many fans are still in doubt with many claiming the actor is still alive but as we speak, he has passed on.

Pictured above is Muna Obiekwe at the hospital receiving kidney dialysis earlier today. He was rushed to a Festac specialist hospital Sunday morning after he was found vomiting at his home.

All effort to resuscitate him at the hospital failed.

He was in deep coma for over 4 hours before doctors confirmed him dead.

Very sad! Death is no good news. Muna Obiekwe’s death has left many of his fans heartbroken.