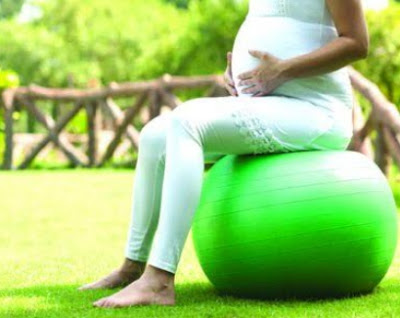 June 29, 2017 – Dealing With The Impact Of Premarital Pregnancy And  Its Prevalence In Nigeria

Motherhood is a highly revered status globally and a thing of pride and joy, but for too many women, it comes with peril and woe, trauma, complication and sometimes death. Premarital pregnancy which is usually unintended accounts for more than 75% of unwanted pregnancies and constitutes about 24% of all pregnancies. It is adjudged to be responsible for high incidence of abortions and accounts for about 20-40% of maternal death in the world. Previous studies have revealed that sexual violence and experimentation among teenagers including peer pressure are some of the factors that could lead to an unplanned pregnancy.

In developing countries, about 16 million girls aged 15 to 19 and some one million girls less than 15 years give birth annually. In Nigeria alone, it is estimated that about 12% of all pregnancies end in induced abortion and another 9% in unplanned births while 610,000 abortions are reported to occur annually. However, it has been noted that although abortion occurs in women of all ages, research results have shown that the adolescents have been most affected. Available reports indicate that by the age of 45 years most women would have had at least one abortion. Resultantly, complications during pregnancies and child-birth are significantly the second cause of death for teenage girls world-wide with inadequate healthcare service delivery system in place.

It is remarkable that premarital pregnancy which is considered a taboo has attained terrifying level and poses significant public health risks. It counts for the mistreatment and abuse faced by majority of the girls after getting pregnant. Most pregnant teen girls undergo stigmatization, neglect, abandonment and rejection by their families and subjection to child labour. This compels them to carry out abortions, drop out of school, engage in forced/early marriages, and spend the rest of their lives in abject poverty. It has been noted that a third of women with unwanted pregnancy suffer depression or anxiety whether they opt for abortion or to continue with the pregnancy. Unwanted pregnancies according to Professor Tim Kendall from the Royal College of Psychiatrists double the risk of having mental health issues. Children of child mothers are often rejected by their fathers, incapacitated to breastfeed, lack parental love, acceptance and financial support. Hence, they miss the opportunity of going to school since their mothers are children as well with no source of income to support them and in most cases they are supported to attain their full growth and potentials.

In Nigeria, about 47% of women are mothers before they reach 20 years. The children of these child mothers have been discovered to be growing through a vicious cycle of child motherhood, chronic poverty, juvenile delinquency, very high rates of STDs, HIV and AIDS infections, and malnutrition. The young mothers and their babies die due to difficult labour coupled with the general inadequate health services to handle young mothers. Notwithstanding the implications of this challenge, unintended pregnancy is still not considered a big issue in global arenas and many nations including Nigeria have not mainstreamed related policies to respond to the need to deal with the impact.

The growing concern of the prevalence of unintended pregnancies, teenage births and abortions among girls particularly in the rural communities in Nigeria with significant drop in the availability of reproductive health care for adolescent pregnancies calls for adoption of critical measures. There is an urgent need to focus attention on the prevention of early pregnancy and rehabilitation of pregnant teen girls. Concerted efforts should be made to put good policies and structures in place. This will enable child mothers attain quality and full anti-natal care, safe deliveries, post-natal care, breast feeding skills, and prevention of future unwanted pregnancies. There should also be strategies to promote self-reliance, empowering the girls emotionally and rehabilitate them so as to get back to a normal channel of life and become more focused in life towards attaining a life goal. There is every need to impact the well-being of the child brides and empower them into resilient, powerful, determined and self-sufficient individuals, who can adequately fight for their rights and boost gender.

About the author: Edel-Quinn Agbaegbu is the Executive Director Every Woman Hope Centre, a Nigeria- Based NGO and Publishers Of Lifecare Magazine

Continue Reading
You may also like...
Related Topics:nigeria, pregnancy, premarital

Couple Loses Only Child Due To Nurses’ Incompetence, Abandons Corpse In Hospital
European Court Rules That Sick Baby Charlie Gard Be Allowed To Die On Friday As Parents Cry Bitterly