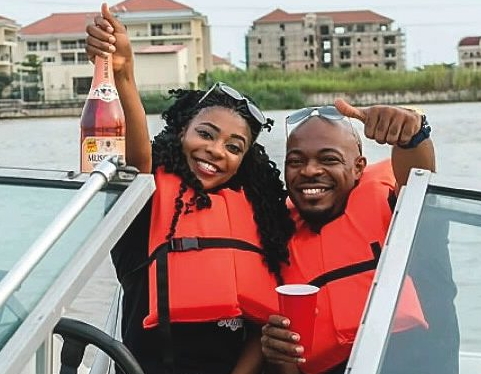 The top promoter of the viral money doubling scheme, MMM Nigeria has fled the country for his dear life after investors who were unable to withdraw their money threatened to assassinate him.

The Owerri based man who is considered the 2nd in command to South Africa based Pastor Mbanefo has relocated to the Philippines with his beautiful wife, Amaka Ugorji.

Before now, he has been writing a series of open letter to participants assuring them that they will have their money back.

As it stands, many have lost hope in the scheme.

Now that Nigerians believe him more than the media… So who is at fault now???

Take heart my people… eno easy but hope you have learnt your lessons.