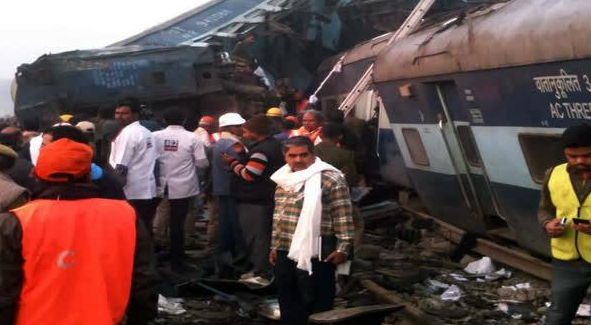 Police said the toll set to rise amid a scramble to locate survivors as people were still missing, while authorities tried to determine what caused the derailment of 14 carriages of the train.

The train was traveling between the northeastern city of Patna and the central city of Indore, but suddenly roll off the tracks in Pukhrayan, 65 km south of Kanpur city.

Authorities said they were checking the condition of the tracks but would need to look further before concluding the cause of the derailment.

It was another India’s deadliest rail tragedy since more than 140 died in a 2010 collision in West Bengal.
Desperate survivors searched for family members and some tried to enter the damaged carriages to rescue relatives and collect belongings, said senior railway official Pratap Rai.