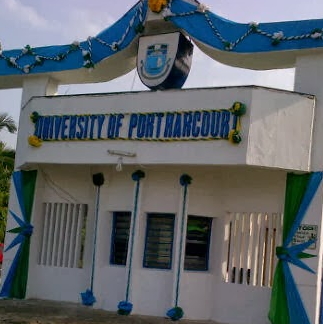 The kidnappers of a final year student of the University of Port Harcourt (UNIPORT) in Rivers State, Miss Ugo Roland, have demanded N10 million to release her, according to a source.

Roland was kidnapped on Tuesday while going to Nsukka on Ede-Oballa community, about three kilometres to Nsukka town in Enugu State. Roland, who hails from Abiriba in Bende Local Government Area of Abia State, is of the Department of History and International Relations. She was said to be going to Nsukka to source materials for her project when she was kidnapped.

A co-passenger in the bus, who pleaded anonymity, told our correspondent that when the Peace Mass Transit (PMT) bus reached Ede-Oballa one of the passengers said he wanted to alight. “But as soon as the driver stopped, armed boys, numbering about five, emerged from nowhere and hijacked the steering of the bus.

“The gunmen ordered the driver to park at one dark corner where they robbed passengers, collected money, phones and other valuables and abducted one passenger and zoomed off.

“It was the cry of passengers which attracted some villagers and passersby. Our driver, on reaching Nsukka town, reported the incident to the police, who went with him to the scene of the incident.

“I am yet to recover from the shock of what happened on that fateful Tuesday because I have not experienced such a thing since I was born. “I heard they are demanding N10 million ransom as a condition to free the girl,” the witness said.

When contacted, the Managing Director and Chief Executive of PMT, Mr. Sam Onyishi, described the incident as unfortunate.