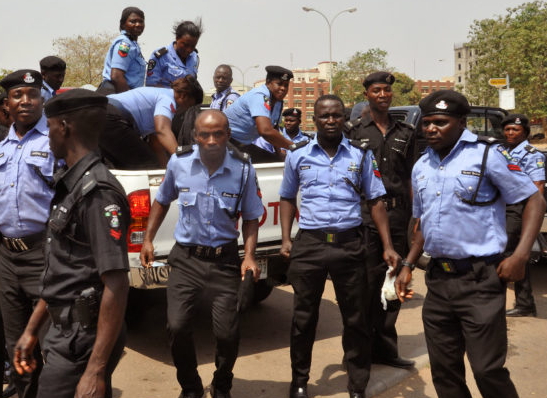 August 3rd, 2017 – Decomposing Corpse Of Catholic Priest Murdered On His Farm In Plateau Buried As Police Nabbed His Killers

The Police in Plateau have arrested three persons in connection with the alleged murder of a Catholic Priest, Raphael Pankyes.

Terna said the police arrested the three suspects in the course of their investigation.

“We are on the trail of more suspects in connection with the incident,’’ he said.

He gave the names of the suspects as Alex Bala, David Bala and Dasen Bala,
all of whom, he said, were not related in spite of their surnames.

“On July 20, 2017 we received a report at our Pankshin Division from the family members of the deceased, who said that they had not seen him since July 14.

“They claimed they had neither seen nor heard from him since that day, which necessitated a thorough search for him in all possible places, ’’ the PPRO said.

According to him, the family members first went to Yiti Primary School, Fier, where the deceased also served as a classroom teacher, but that there was no trace of him there.

“But when they visited his small house built on his farm, they found his lifeless body already badly decomposed, which prompted them to report the matter to us (Police).

“We are not leaving any stone unturned until all those who have a hand in the killing of the clergy are found and punished in accordance with the law of the land.

“`We are happy that these three suspects that we already have are giving us useful statements and with time we shall get to the root of the matter, ” Terna said.

He urged members of the public to avail the police with any useful information that could lead to the arrest of the other suspects.

Family sources told NAN that the 52-year-old Clergy was last seen on July 14 and was found murdered by some unknown persons on July 20.

The body of the priest was found on his farm at Fier village in Pankshin Local Government Area of the state.

It was learnt that because the corpse had already decomposed, members of his family promptly buried him on the day he was found.