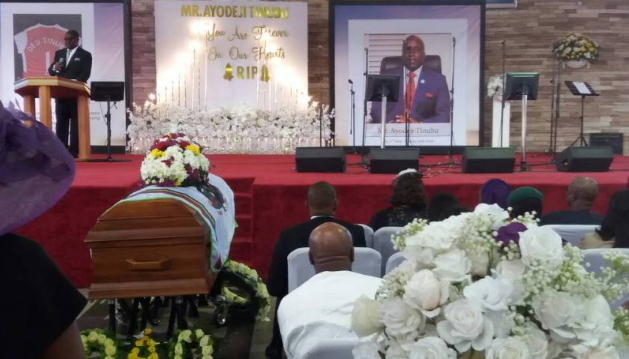 The politician who passed away last Thursday in Epe was laid to rest today at the Vaults and Gardens in Ikoyi Lagos. 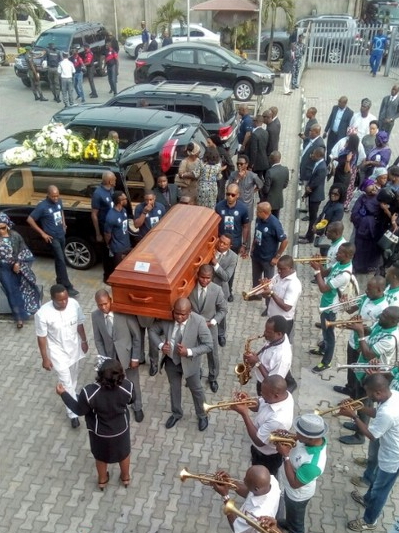 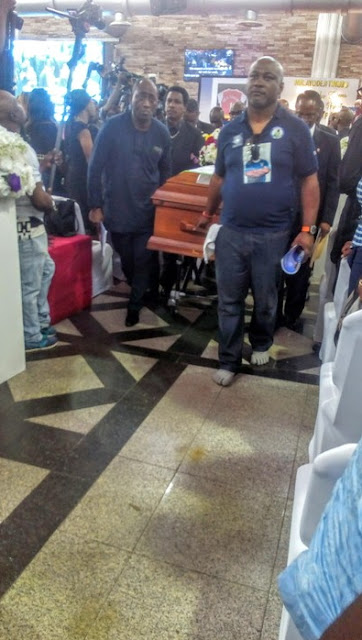 A service of song held for him last night while his funeral held this morning at his church, RCCG City of David in Victoria Island.

Late Deji Tinubu was playing a novelty match put together by the Lagos State government when he slumped and died.