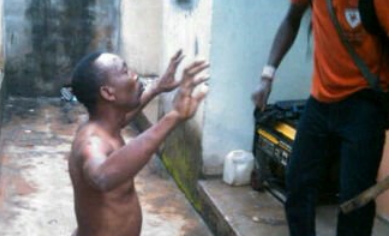 This embarrassing story happened on Friday after an attempt by a lecturer at the Theatre Arts Department of Delta State University to have sex with a female undergraduate student in order to pass her.

We leart the lecturer had earlier threatened to fail the innocent student if she refused to have intercourse with him.

After his persistent call for intimacy, the lady kind of gave in.

The smart gal refused hotel offer by the lecturer instead she told the lecturer to visit her apartment for his request.

The lady identified as Tega told male friends and neighbours about the lecturer’s plan to visit her for sex rump and told them to force the door open once the lecturer finish removing his clothes.

As usual, Mr Lecturer showed up on time at Tega’s apartment on Friday.

She allowed him in and left the doors unlocked in order to facilitate her plan. 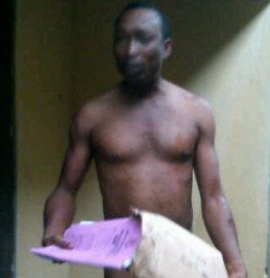 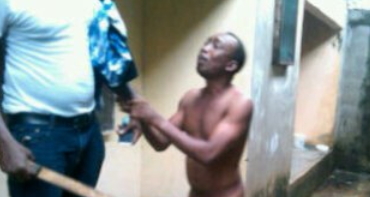 Unknown to him, Tega had arranged with her male friends and neighbours that they were to force their way into her apartment once she got him completely naked.

The lecturer was dragged out and embarrassed.

Hahaaaa what a shame… Some of these lecturers are so annoying.

Do you think Mr Randy Lecturer deserves this humiliation?