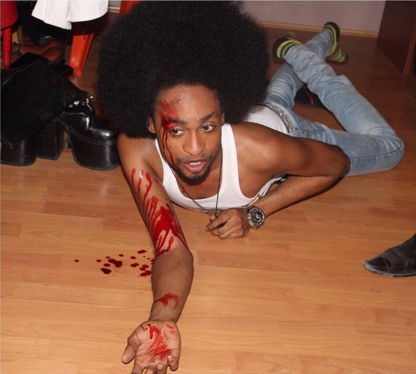 In the movie, Denrele was supposed to play dead but instead, he got injured before landing on the floor.

He reportedly fell on a sharp metal that pierced a delicate spot near his eyebrows. 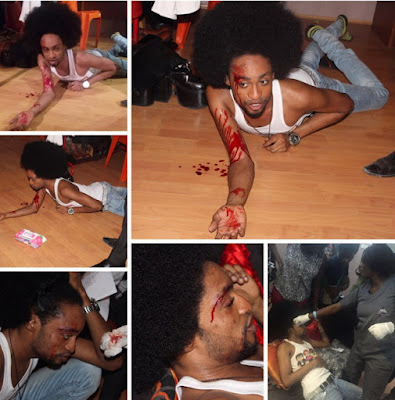 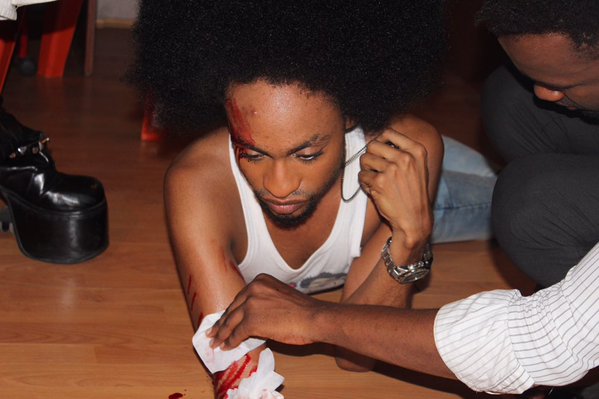 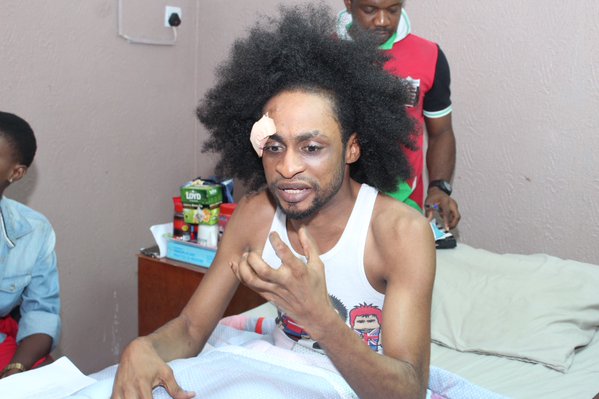 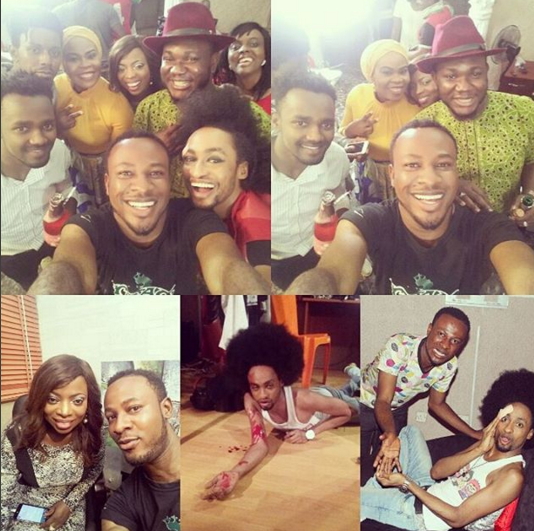 He narrated his ordeal on Instagram with the above photos and this caption.