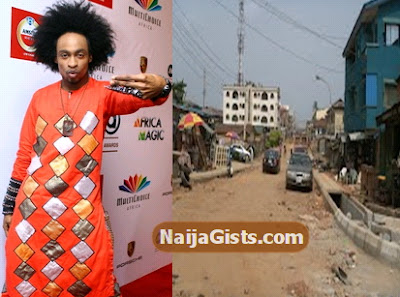 In the early hours of today Sunday the 3rd of March, 2013, the family house of Nigerian model Denrele Edun who just lost his best friend, Goldie Harvey was attacked by five armed robbers.

We learnt a troop of armed robbers with sophisticated weapon attacked Denrele Edun and his family members in their house located on Borno way in Ebute Metta-Yaba area of Lagos State Nigeria at around 3am on Sunday morning.

According to him, they almost strangled his grandmother after an attempt to shot him on the head.

At the time of the armed robbery attack, Denrele Edun with his cousins, his granny, his dad and siblings were sleeping at their residence.

The five-man armed robbery group broke into their home carting away multimillion naira properties including watches, gadgets like laptops,etc.

Their brand new plasma Television set and an undisclosed amount of cash was stolen.

Though the robbers attacked some of them but no one was seriously injured.

An official report has been filed at the police station.

Who else is safe in the country? May God protect us all