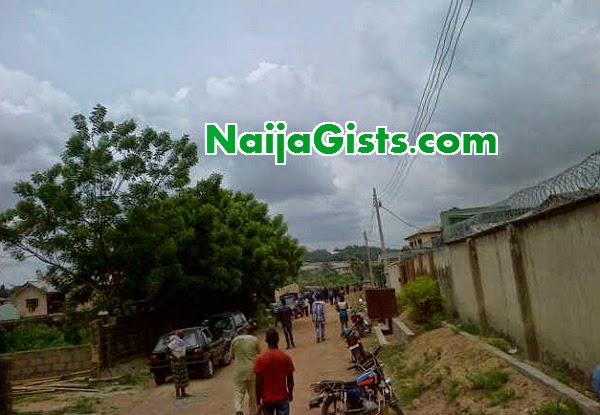 A 46-year-old farmer, Olubusayo Sunday, beheaded his wife and daughter, before taking his own life Wednesday in Onigbedu town in Ewekoro Local Government Area of Ogun State, police said.

While confirming the incident on Thursday, the Ogun State Police Command said the incident has been traced to a dispute between the man and his late wife.

“The man beheaded his wife and daughter in his Onigbedu house, and committed suicide by stabbing and setting himself ablaze after the ugly incident at about 1315hrs,” Mr. Adejobi said.

He said the man’s attempt to commit suicide was noticed when he stabbed himself and wanted to jump into a well near his house having set fire on himself. He was prevented and rescued by neighbours who later realized he had murdered his family.

The Command spokesman said after the rescue, the man was rushed to hospital where died.

Mr. Adejobi said statements made by the man before he died suggested there was a quarrel between the man and his wife, Oyewole Sunday, 40. Their daughter was three years old, police said.

The police added that a knife and one blood-stained cutlass, suspected to have been the murder weapons, were recovered from the house.

“The Commissioner of Police Ogun State, Ikemefuna Okoye, was taken aback when he received the report of the ugly incident and has directed that the matter be transferred to the department of criminal investigation Eleweran, Abeokuta for thorough investigation,” Mr. Adejobi said.

Cheating Girlfriend Exposes Self As Boyfriend Of 3 Years Plans To Marry Her
February 14, 2015 Nigerian Presidential Election: A Letter To Naija God By Samuel Ekekere