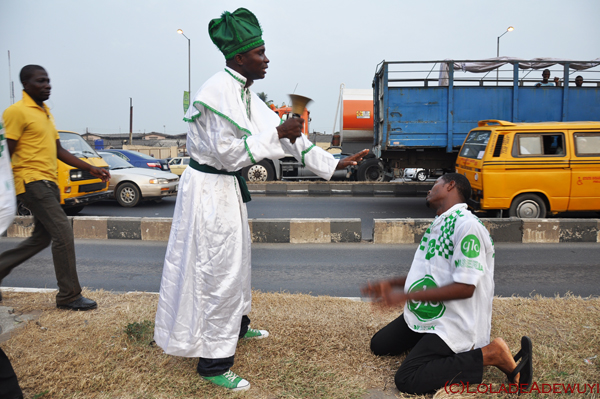 It’s just a few days to Election Day. Hearts are beating feverishly and elephants are trading sizes. Campaigns are in top gear across the land and the better politician is expected to win at the end of February.

As a student studying events in our nation prior to May 29 2015, I am absolutely fascinated at the quantum leap that now characterizes Nigeria’s politics. Gone certainly are those days of one party bullying system. Thank God we have seen the rise and rise of an emerging giant howbeit a struggling

one. Revelations prior to this year of elections have revealed so much. Preparations are in top gear as a political Armageddon is expected to sweep Nigeria. The banter between the two strongest oppositions

in Nigeria’s political history makes headlines every other day. The masses lie in fear as they anticipate the outcome as prophesied, a catastrophe.

Religious emissaries have travelled to Jerusalem to seek your face if indeed you will hear the cry of the ordinary people, the real Nigerians. Nostradamuses who are in the habit of seeing tomorrow have foretold of calamity. Those who believe them are already running helter to find solace in some place.

But those who may not have the resources to find the solace that they so need, will have to look up to the Naija God. The news carries reports of killings from terror groups. Boko Haram leads the pack and now MEND has threatened to join. Mothers and children are dying in thousands in North eastern Nigeria, political war is ongoing in Jos, and religious crisis takes over Kaduna. The endless brouhaha permeates all of Nigeria’s society, from the east to the west, from the north to the south. There is a trepid of some sort and one has to find some thing he could lay balance to. 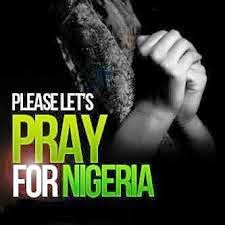 We can’t afford to travel out of our homes, that’s almost all that we have. So we accept to become martyrs for Nigeria’s political earthquake. Our sons are dying and for no good reason, except for the sum of ten thousand naira and the mere promise of a better future no one is sure of. Those who are still alive on this side of the divide are uncertain about the blessed future as promised but they believe anyway that there is indeed a future to hope on.

The two elephants have decided that the ground must suffer. No one will give way for the other even when they acknowledge how much hurt it will cause on this land of ours. Though they promise us calm afterwards, we are in doubt getting through impending catastrophe.

I am concerned and very much so. So much of our money has gone into campaigning and people’s pockets. Who suffers are the common people who are expected to sell their hearts and soul to have one man live his dream, one man we are uncertain about, but who we expect to perform.

I see graveyards and the tears of mothers who after February would be cursing heaven and hell. If they are aware that their sons and daughters would sell their souls for that politician there, they would by now have warned them. But they won’t have a wink until what they hear is “Johnny is dead.”

Churches and mosques by now are fasting and praying especially for this nation. Prayer warriors are giving their hearts out and pleading this nation’s cause. Oh that thou wilt hear us.

The endless sounds of bullet shots across the nations length tells us indeed we are sitting on gun powders. We are unsure what will happen next but we know “all will be well that ends well.” We are unsure who our neighbors are. At this crucial time when everyone is taking sides, I’m afraid I may be taking sides against my neighbor who has a gun. If he happens to know I’m up against his candidate, I may be gone.

Oh the rains haven’t started pouring as yet. It’s been so long we’ve had it this dry, signs that there is much to worry about. Oh God of creation, direct our noble cause.

I still walk in the calm of the night to hear those brothers argue over their choice of candidate and why their choice must win. I’m dazed at the almost impossible length they are ready to go to have their man win like votes won’t count.

Seriously, I am not too sure of these two elephants. They’ve broken our hearts before and why won’t I believe they will again. All the chants of messiah have fizzled into thin air and I am certain any change won’t even be better. it’s just that change is constant and must happen.

They’ve began to roam our cities again with their fallacies. They’d buy spectators who crowd their political jamboree and hail them as the better choice for the sake of a few thousands. A few fifty thousand persons in the stadium do not represent two million voters, that fifty thousand may just be the only ones that offer support.

With skirmishes already erupting from that corner there and almost everywhere, I wonder what will happen after the elections in February. It’s worrisome that our religious leaders who should lead the crusade for peace are the men who are propelling these divisive tendencies.

Seriously, we are confused and you can see it by all the wrangling that have characterized the last few months. We have no other choice than to look up, to you. We know only you can lift our hands up off this big challenge that we now find ourselves.

Our knees are kneeled and our faces look up, up to you for that solace we need. We are looking up to you, our naija God.

We are the real Nigerians.