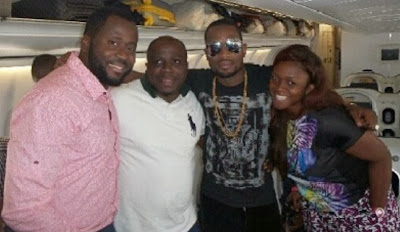 Days after a busy shooting session in South Africa, popular Nigerian celebrities who are now honourable Glo ambassadors have returned to the country.

Insiders revealed that the entertainers travelled to South Africa for a Glo advertisement shoot needed for globacom’s upcoming promotional campaign.

Kokomaster D’banj who recently proclaimed his love for Nollywood actress Genevieve Nnaji was also present at the Glo advert shoot as the main voice behind the music.

Photos of the celebrities having a nice time with D’banj aboard a Nigeria-bound plane surfaced few hours ago. 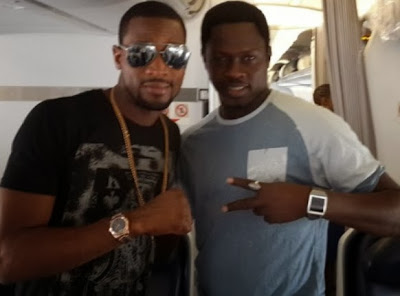 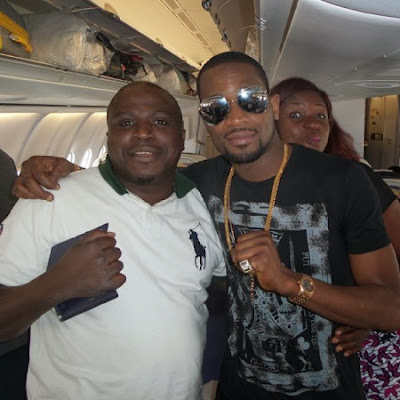 Check out Waje, she looks like the happiest woman in the world ##dbanj flu **wink**