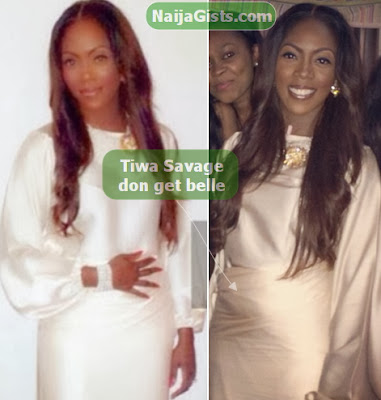 If the story making round is true, Mavin First Lady Tiwa Savage who is scheduled to marry her manager, Olatunji Balogun aka Tee Billz three weeks from now might be carrying her first baby.

According to sources, Tiwa Savage is pregnant ahead of her traditional wedding ceremony.

A quick glance at her official Twitter account revealed that the singer is indeed pregnant as she is yet to debunk the ongoing viral story.

Tee Billz and Tiwa will be getting married traditionally come Saturday November 23rd, 2013.