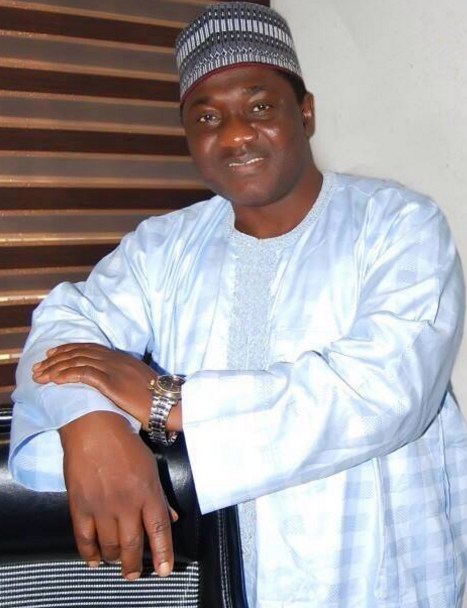 Nov 26, 2015 – Destiny Beckon On Jibrin Isah Echocho As Next Governor Of Kogi State

The sudden death of Prince Abubakar Audu remains the greatest shock of a political news in recent days as what started like the most expensive news by the wailing wailers turned out to be true. The circumstance of his death is still questionable giving the level of desperation exhibited by politicians immediately the news broke-out.

The demise of Prince of Niger, Adoja without doubt is a colossal damage to the Igala kingdom yet within days fingers are already pointing at Alhaji Jibrin Isah Echocho as the only possible replacement due to his endowed charisma and popularly following in the State.

The traditional rulers and elder State men endorsement of Echocho came after due deliberation and certain political variables. First he is considered the only near- late Audu’s political value to fill the vaccum left if the Igala must maintain their political hegemony.

Politically, he was robbed by the current Governor Idris Wada having initially won the ticket to context under the platform of PDP in 2011 because of his close link to the late Prince Abubakar Audu his-in-law.

It is reported the king makers have resolved that yes God giveth and he taketh but suspicion of late Audu being poisoned would soon be uncovered the very moment his running mate dare to context in the coming APC Governorship Primary and that they are aware of jubilation that gripped the demise of late Audu and the blame-game why INEC should have declared that inconclusive election. What a height of mischief and political betrayal?

For peace and tranquility it is advise Falake Audu’s running mate maintain, display some level of political decorum and show his loyalty to the people of Kogi State at this critical time since death is inevitable and once this is achieved they promised to guarantee him the post of the Deputy which he is currently occupying.

Here are factors working for Echocho:

He is extremely intelligent, a philanthrophic per excellence and has created thousand of jobs for the Kogites while holding sway at Afri Bank. He is peace loving as events in recent times have shown he is not desperate unlike typical politicians who used their money to cause trouble once they are out of equation.

He is Audu’s family associate that can only be trusted to carry-on with ADOJA LEGACY to be unveil anytime soon. However, as we awaits the outcome of this deliberation, it is pertinent desperate politicians outside the State stay-clear of this development at this trying time.

The total rejection of Idris Wada by the Igalas can not be substituted by any minority at this crucial time where there are already accusing fingers pointing at this direction as politics is a game of numbers, negotiation, alignment, re-alignment, scheming and so on.

To this end, the Northern Youths Intellectual- Advocacy Forum want to appreciate the leadership of the APC especially, the National Party Chairman Odigie Oyegun for responding swiftly to this emerging trend as we are monitoring the role of every single individual involved in this fight and would come-out to appreciate each one them when the time is right.

Fake Pastor Using Staged Miracles To Deceive Church Members Arrested In Port Harcourt
“Toyin Aimakhu Was Beaten To Stupor By Her Lover, She Is A Liar” – Publisher Fires Back At Actress