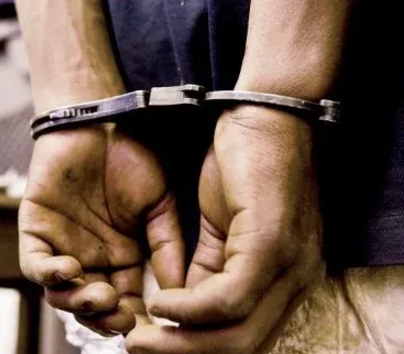 The 2 Brigade of the Nigerian Army, Port Harcourt, Rivers State, has arrested a pastor and two others for allegedly faking miracles and healing to deceive church members and the public.
This is also as the Army has nabbed two persons, who posed as majors in the Nigerian Army.

Lazarus stated: “We got a tip-off from a member of the church, who complained of immoral and fraudulent activities going on in the church.

“The self-acclaimed pastor and his collaborators (names withheld) were subsequently arrested and they confessed to duping unsuspecting members of the public of various sums of money.
“The suspects also confessed of stage-managing miracles and healing to attract members to their church located along Aluu community close to Port Harcourt,” he said.

He said the suspects would be handed over to the police for further investigation and possible arraignment in court.

The 27-year-old pastor and founder of the church (Revelation Power Ministry), confessed to have paid his collaborators undisclosed amount of money to give false testimonies. The suspect said his church had over 100 worshippers.

In a related development, two fake military officers, Fabian Enudi (39) and Samuel Agaga (38), from Delta and Bayelsa states, were arrested separately dressed in full army uniform with ranks of major.