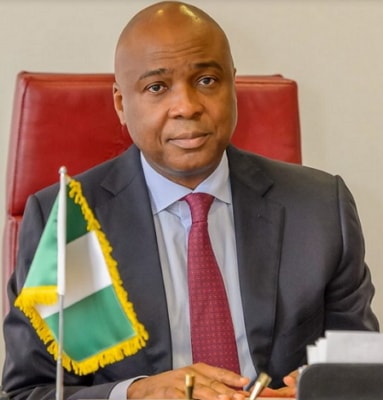 It is junketing about time for our Senate President, Dr Abubakar Bukola Saraki.

In the last couple of weeks, he has tranversed the country from the North to the South, consulting some of the handful “owners” of Nigeria.

First, it was to Minna where he met with the former military president, General Ibrahim Badamasi Babangida on the way forward for an agenda that seemed opaque at first but is now crystallising.

Then he drove, (or did he fly), to Abeokuta to consult with another former president, General Chief Olusegun Obasanjo who almost attained the sobriquet of the “Conscience of the Nation”, until the lure of politics pulled him down from that olympian height to become a rabid political partisan.

I’m not privy to what transpired in Minna and Abeokuta but I only assume the duo must have advised the obviously ambitious Saraki of the avoidable trouble he’s courting for himself in his current audacious political daring. If they did, in true conscience, Obasanjo must have regaled his visitor how many Senate Presidents he humiliated and hounded out of office in his eight years as civilian president and the unforgettable words of warning by military president General Ibrahim Babangida to his tormentors in office in those heady years, that he was not just in office, he was truly in power.

Saraki must have also been cautioned to exercise restraint in his confrontation with President Buhari because if the man should be persuaded by Saraki’s bravado to adopt a Babangida or Obasanjo’s style as military or civilian president, in dealing with the offensive style of the handsome inheritor of the Kwara political kingdom, he may end up being badly bruised; and he will then have no one else but himself to blame.

If he was edged on in his consultations with them, it means the two elder statesmen don’t love the Senate President or this nation and, from the experience of the Second Republic, some people may be providing the fertile ground for a military take-over of the government of this country. May the Supreme God we all worship, disallow this again in our land.

Me? I’m an admirer of Saraki’s fine-boy look as well as his cool and confident mien. Are all these a facade to hide the hard-as-rock stuff inside of Oloye’s son? But the saying I first heard from a soldier-friend of mine in the mid-90s, is becoming too irresistible for me to ignore. It says something of the Ilorin person and capacity for mischief: “Odun meta ti Ilorin ti nya igbe eje, jamba inu e, ko ni ya jade” (three years an Ilorin person has been stooling blood, he/she will not excrete the mischief in him or her).

I crave apology of Ilorin people for this, but there’s no better time than now to wash themselves clean of this label and dissuade our likeable Senate President from the ruinous path he’s treading.

He should realise that the bootlickers and praise-singers around him, who for now are ready to lick his sputum for filthy lucre, will be the first to jump ship and transfer their allegiance to the new occupant of his powerful position, once he allows himself to be felled by the proverbial “banana peel”.

Continue Reading
You may also like...
Related Topics:power, saraki

Saraki: I’m Running For President Because I Have What It Takes To Make Nigeria Corruption Free
The Job You Are Looking For Is Not Out There; It Is Right Inside Your Gift!