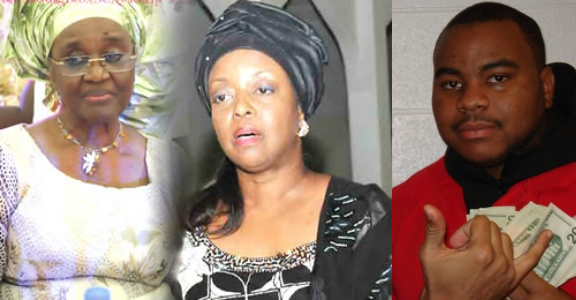 Ex- Petroleum Resources Minister, Mrs. Diezani Alison-Madueke’s woes deepened yesterday as Britain’s National Crime Agency (NCA) tightened the noose with the confiscation of £27,000 ($41,000) which is equivalent of N8,155,164.37 from her UK home.

NCA sought and got court permission to temporarily seize the money amid investigation on money laundering, bribery and graft allegations.

The cash was seized under Section 295 of Proceeds of Crime Act 2012.
Meanwhile, NCA yesterday failed to charge Mrs. Alison-Madueke and four others.

The agency’s spokesperson, who declined to disclose his name when contacted told Daily Sun on telephone they could not be arraigned “because the agency has not completed its investigation on them.”
He, however, assured that the five accused will be charged before the end of the week.

The former Minister and others who were all granted bail, were not in court but the source confirmed that the NCA filed the application at the Westminster Magistrates Court and was approved under the Proceeds of Crime Act.

The sum of £5,000 and $2,000 from Mrs. Beatrice Agama, the mother of the former Petroleum Minister, Diezani Alison-Madueke. The court also seized £10,000 from Melanie Spencer, one of the other persons arrested in the case.

While BBC correspondent, Sam Eiranty, tweeted that he sighted the former minister and her mother at the magistrate court early in the morning, an online media reported that Diezani was not in court. It however reported that her mother and another woman, Melanie Spencer, appeared in yesterday’s sitting.

According to the report, a separate application was also made against Ms. Agama for the seizure of an undisclosed amount of money, adding that there were indications the money seized by the court was found recently with Diezani as the NCA applied for the seizure within 48 hours.

Madueke was admitted to bail last weekend and was expected to appear at Charing Cross Police Station yesterday before being charged to court.

An administrative officer at Westminster Magistrates’ Court said NCA had applied to the court for an order to seize various sums of money in relation to Alison-Madueke and two other women for up to six months.

The money would be held in the custody of the court until April 5, 2016.
On Friday, NCA had issued a short statement saying its International Corruption Unit had arrested five people in London as part of an inquiry into suspected bribery and money laundering offences. It said the investigation had started in 2013.