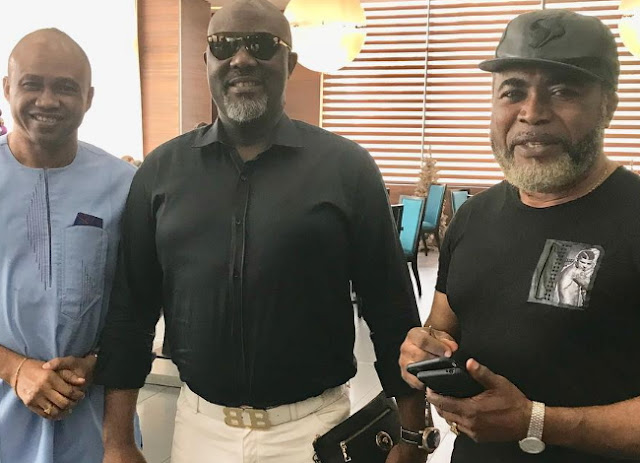 Kogi West Senator Dino Melaye has once again come under fire for putting his manhood on displaying in a tight trouser he wore to a restaurant with Zack Orji and Paul Obazele yesterday.

The Ajeku Iya Senator however came under fire after he shared photos of himself putting his manhood in display. 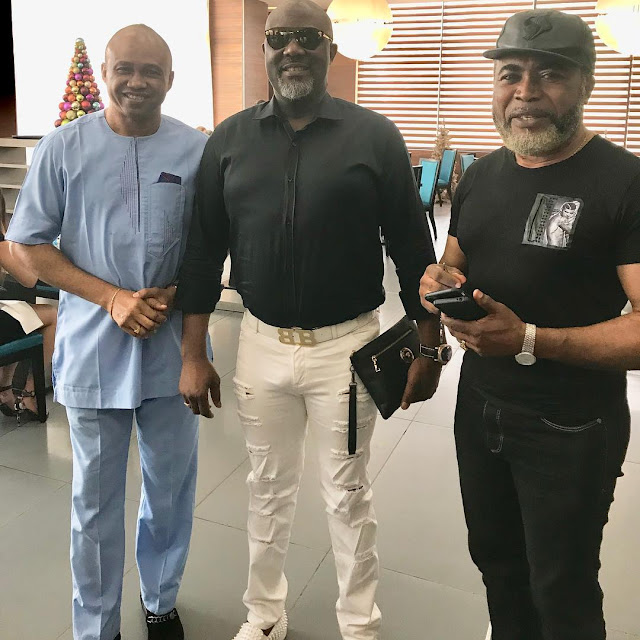 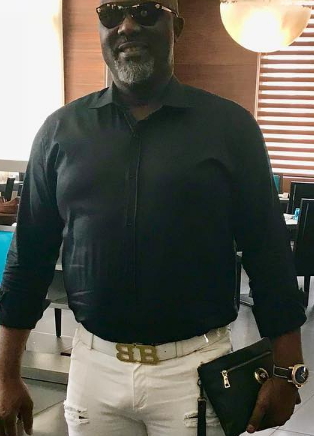 His fans, especially the male ones were forced to advise him to pack things up properly.

See their comments below…. 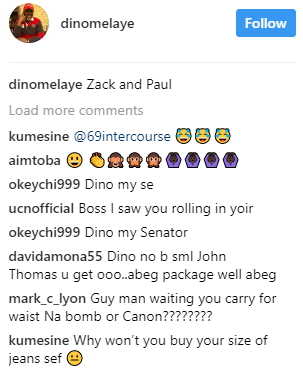 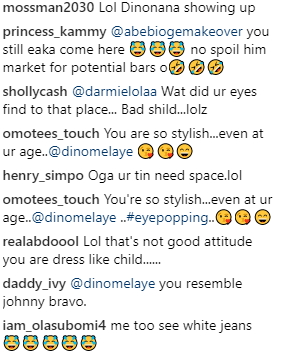 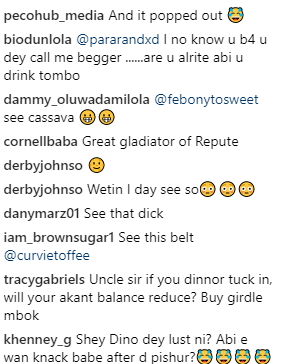 E be like say the Ajeku Iya man is trying to dress to kill but his body shape disagrees.

May be he should donate this tight-fitted ripped pant to the younger ones.

A Senator of the Federal Republic of Nigeria…Chai!!!! Naija don suffer o.