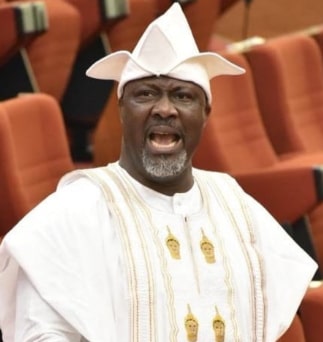 The embattled lawmaker was not released on Monday despite the fact that he had fulfilled his bail conditions.

Punch NG learnt that the FCT Commissioner of Police, who was served the bail order, declined to release the senator.

Findings showed that the police had filed fresh nine charges against the embattled lawmaker and one Silas Omenka.

The charge dated January 14, 2019,was co-signed by Kehinde Oluwole, Malik Taiwo and Seyi Otunla, all of the force legal office, Abuja.

Melaye was accused of illegal obstruction of lawful arrest, resisting arrest and accusing the erstwhile Inspector-General of Police, Ibrahim Idris, of planning to “inject him to death.”

One of the charges read in part;

“That you Senator Dino Melaye, 45years, representing Kogi West… at about 11am, at your residence… inform the public on Twitter that the police detectives are trying to plant guns in your cars outside, an information you know to be false… thereby committing an offence punishable under Section 392 of the Penal Code.”