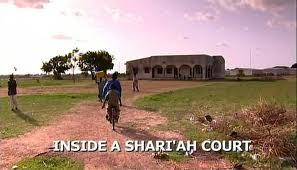 This was the verdict of an upper Shari’a court sitting at Sabon Gari, after the case was brought before it by the aggrieved wife.

The husband by name, Abdullahi Ahmad was dragged to the court by ex-wife Umma Usman, who told the court that the defendant had divorced her and asked her to vacate his house after infecting her with the dreaded disease.

The victim informed the honourable court that both have been living together as a couple for about 13 years and that she had several children with him before she later found out that he is HIV/AIDs positive. The court also heard that the defendant issued the hapless woman a divorce letter knowing fully that he infected her with the disease.

Judge Ahmad said under Islamic Shari’a Law, “it is binding on the husband to stay with the woman for the rest of his life being the one responsible for her getting an infection that has no known cure.”
He ordered him to take good care of the woman henceforth.