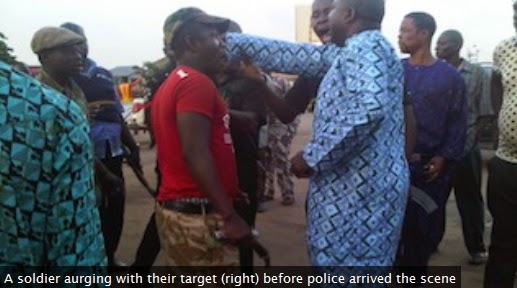 According to eyewitnesses, the attempted kidnap happened around 6:15 pm on Friday, the 24th of October 2014. 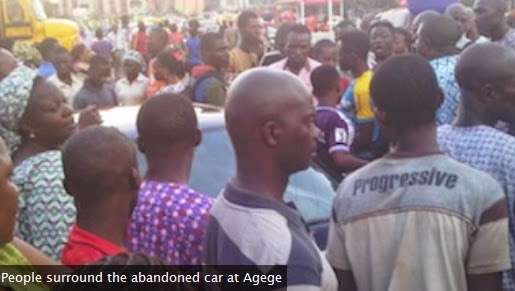 After a series of accusations and counter accusations, the men ordered their victim (a man) to enter into their car. One of the fake soldiers reportedly pointed a jack knife at the man while trying to force him to enter the car.

The man who resisted vehemently told them that he does not know them and asked them to take him to a nearby police station but they refused.

The victim raised alarm which attracted on-lookers and passersby who wanted to know where they were taking the man. They forbade the man from entering the car.

As they were arguing, a police patrol team came to the scene and the suspected kidnappers took off on foot. Police pursued after them and arrested one of them.

He was taken to a police station for further questioning. [Photos credit: PM]