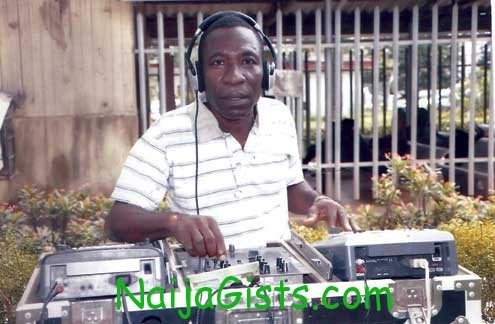 A prophet and two other people have been arrested in connection to his murder.

Sulaimon, a UNILAG staff was murdered at Ajenifuja street in Bariga, Lagos State Nigeria on Thursday.

A prophet identified as Jegun, his neighbour, Uncle Bola and his wife, Silifat Sulaimon have been arrested by Bariga police and are being interrogated over his death.

How Sulaimon Age Was Murdered

Mrs Silifat Sulaimon, a fruit seller at Pako bus stop in Akoka, Lagos said her hubby told her on Thursday evening that he’s visiting a prophet Jegun who was introduced to him by a neighbour called Uncle Bola.

Silifat said she was worried when her hubby didn’t return that night and reported the case to the police.

“I contacted Uncle Bola, our neighbour who introduced my husband to the prophet. But instead of following me to the prophet’s house, he stood a distance away and pointed at the house.

“When I got there, the prophet denied meeting my husband but I later saw his corpse in front of the prophet’s house.

His motorcycle was also parked in front of the house. I then returned to the police station to inform them of my findings,” Mrs. Sulaimon explained.

The deceased younger sister, Buhari Sidikat called on the Police to carry out proper investigation into his brother’s murder.

Sidikat said her brother’s killer, the prophet had been boasting nobody could prosecute him.

The deceased first daugther, Sikirat said she was in mother’s shop when she saw her father going to meet the prophet on Thursday evening but on Friday morning, she was with her mother when they  found his father corpse and motorcycle in front of the prophet’s house.

He is survived by his wife and seven children.