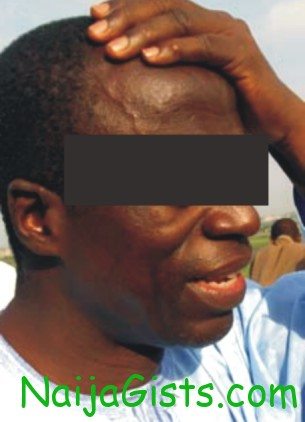 Tajudeen Sanni, 54, a generator repair man has been jailed for impregnating his 16 year old daughter in Lagos State, Nigeria. naijagists.com

Oyo born Sanni was charged at a family court in Kakawa for the impregnation of his daughter.

His 16-year old daughter is now in the custody of Lagos State Ministry of Women Affairs and Poverty Alleviation for proper care.

The girl accused Sanni of sleeping with her severally which resulted in her pregnancy.

Sanni confessed he slept with his daughter 4 times.

The 54 year old man said his daughter has been deflowered by an unknown man and that she could’ve gotten pregnant by other men who had intimacy with her.

He was slammed with 2-count charge of indecent carnal knowledge of his daughter and sexual assault.

Sanni however pleaded not guilty and was granted bail in the sum of N100,000 with 2 sureties in the like sum.