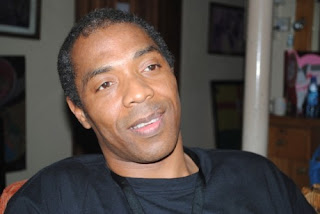 Popular singer Femi Kuti is heartbroken following the outcome of a DNA test that was carried out on his five children recently.

The DNA test carried out on Made, Afolabi, Ayomide, Tosin and Dupe came out recently.

The result showed that Dupe (a girl) and Tosin, (a boy) are not his biological children meaning another man impregnated their mothers.

In a recent chat with E-weekly, Femi Kuti expressed his disappointment and pain on how a woman can give him what is not his.

“I did a DNA test and was told two of the children are not mine. The first two (after Made), a boy and a girl. It is very serious. I never knew somebody could give you what is not yours. I’ve three boys now. I can’t father children I was tricked to believe I am their father,” he lamented.

A woman named Bisi Ajala gave birth to Ayomide and Dupe while another woman delivered Tosin for him.

His former wife, Funke Kuti delivered his first child, Made who Femi loves so much.

Femi, the son of late Femi Anikulapo Kuti has returned the children to their mothers.