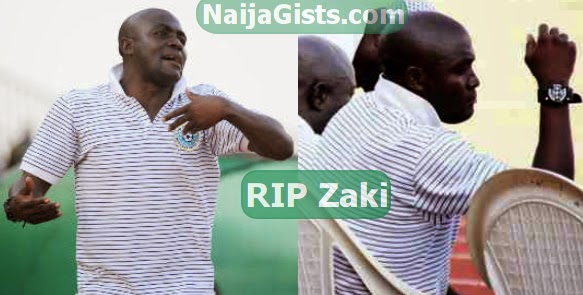 Few hours after the sudden departure of former Stationery Stores FC captain, Yomi Peters, another footballer has passed away.

John Zakari aka Zaki who was being treated in the same ward where Yomi Peters passed away early Wednesday morning at LUTH has died.

His death was confirmed yesterday by his family members who are still yet to come to terms with his sudden departure.

The deceased was a former player with Shooting Stars FC and NEPA (Nigerian football team based in Lagos).

Before his death, he coached Makurdi-based Lobi Stars Football Club to success. He was also a one-time captain for Lagos-based Stationery Stores Football Club.

DNA Test Result: 2 Of Femi Kuti’s Kids Are Not His “I Hv Returned Dem To Their Mum”
UK Denies Winners Chapel London Church Fraud Case “Oyedepo’s Ministry Not Under Investigation”