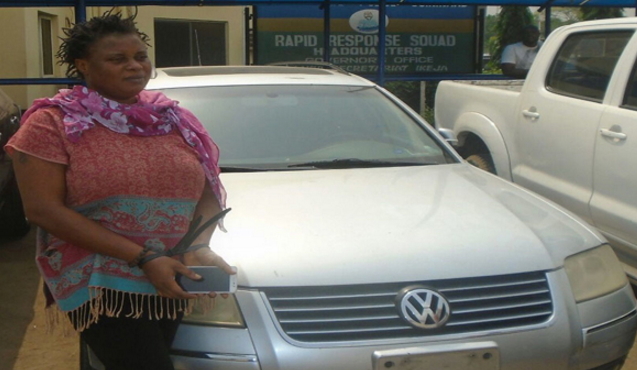 A woman has been arrested for allegedly drugging a medical doctor in Lagos.

The suspect and the victim met last year on social media site, Badoo and since then, they have been meeting regularly in hotels around Lagos.

On the 19th of January, the suspect drugged her lover and escaped with his personal belongings which included a 2001 Volkswagen Passat Wagon.

She was arrested last week Tuesday in Agbor Delta state while trying to process the import papers for the stolen car.

The car was later recovered from a shop in Warri with the plate number missing.

This is what the MD said to police officers at Omole Police Station: