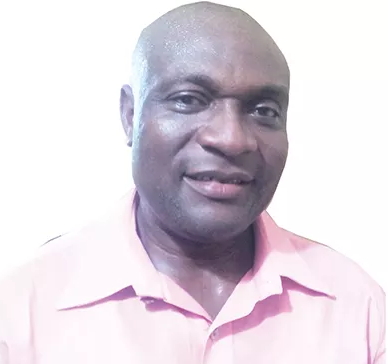 Mr Martins Eke, a resident of Oshodi Lagos recently narrated his ordeal in the den of some kidnappers and how God delivered him.

Eke said he was taking 28 labourers to his newly acquired land around 7th Avenue in Festac town a fortnight ago when they met some men in Army uniforms.

“As we approached the property, a group of people dressed in Nigerian Army uniforms marched briskly towards us, and began to shoot into the air. Because there is a military post deployed to deter pipeline vandals from operating in the area, I felt they were part of the detachment.

At that point, I did not feel anything was amiss. So I told them that I am not one of the pipeline vandals. But they said they didn’t know what I was talking about, and ordered me to follow them,”.

“They led me through a thick swamp into a waiting boat where, in the middle of the swampy zone, I saw two other captives whose faces were tightly covered with white cloth so that they are unable to recognise their environment. They shoved me into the boat beside the other captives and we began to move through the river before they blindfolded me too.

We ferried for about what seemed like 20 minutes before I was untied. To my surprise, we were far away from the vicinity of FESTAC, and now about to begin another sail across a bigger body of water like a lagoon,” .

“They were not speaking Yoruba language; their language was also not Igbo; rather it sounded like Ijaw. All the while, I was lying on the wet floor of the boat.

Where is the God of my Pastor? One of the kidnappers tried to hit me but I resisted and began to sing praise to God. In response, they said to me: ‘Your prayers and songs will not work here.

This is ‘Satan’s Kingdom.’ With that the kidnappers tied my hands and legs and appointed some people to keep watch over me. “But one who looked like the leader of the group came out shortly and ordered them to untie me.”

Eke said he intensified prayers and because they had surprisingly not searched him, he still had his telephone on him. So, he was able to send a text message to his family and Pastor Lazarus Muoka, to acquaint them with his predicament. After a while, some of the people assigned to guard him started praying with him to a point that the first set walked away.

When asked what the ‘Kingdom of Satan’ looked like, Eke said:

“Prior to this time I have not seen death but I smelt it while I was in that camp. These people are not small kidnappers; they are also ritual killers. People who live around 7th Avenue FESTAC describe them as Aja Ocha (Those who send others to an early grave in Igbo language).

“Every now and then intense incantations, strange songs accompanied by terrifying rhythmic drum beats pierce the atmosphere in the camp just as different animals are killed regularly.

The militants smoked constantly and consumed a lot of alcohol while gun shots destabilised the peace of the criminal hide out.

They are wired people; when they make phone calls to their girlfriends, the militants can be on the phone for over four hours. In that same camp, a pregnant woman had been held captive for two months even after her husband had paid N4 million ransom to the militants.

They told me that she would not be set free until her husband pads the remaining one million.” According to the former captive, the colony is lit 24/7 by huge diesel plants; they wield sophisticated guns and have four powerful engine boats.

“They could go to Warri from the camp and return to base within four hours. They are not afraid of death, very terrible people; I do not pray to see them again,” he said. Eke regained his freedom after eight days, throughout which he was constantly praying.

He said: “By this time they had become fed up with my constant praying which was beginning to affect some of the militants, who had started joining me in my prayer sessions. “One day, the leader ordered that I should be blindfolded and immediately I became afraid that perhaps he had had enough and had decided to execute me.

“But instead of feeling bullets entering my body, I was put in a canoe and after a while I was dropped off. When I removed the blindfold I re-alised I was at the same spot that I had been whisked away eight days earlier!”

Explaining why he was the only one taken while the labourers who were with him were not abducted, Eke said: “The militants are not interested in just any person. Their targets are land owners and the affluent.

If they see that you look rich, anybody that looks like he has money, they will abduct you and take you into the thick forest which is about two hours journey by foot.” When asked if he would be able to retrace his steps back to the kidnappers’ den, he replied: “I can’t; but people think they are based in FESTAC.

They take people from 6th/7th Avenue, where Army people stay at the junction of CAC. But the bottle water we drank in the camp had a label that identified the camp’s location as Ijoko, Ogun State.”

According to him, any search for their base in FESTAC will yield no results. Eke also revealed that the militants disguise as snail hunters, fisher men and even maggot hunters in the vicinity of FESTAC, around the surrounding vast swampy land. He believes that it is only the Nigerian Navy that has the capacity to flush them out of their stronghold.

“The way I see it, police not even soldiers can reach these people. It is only the Navy that has the capacity to flush them out or arrest them,” .