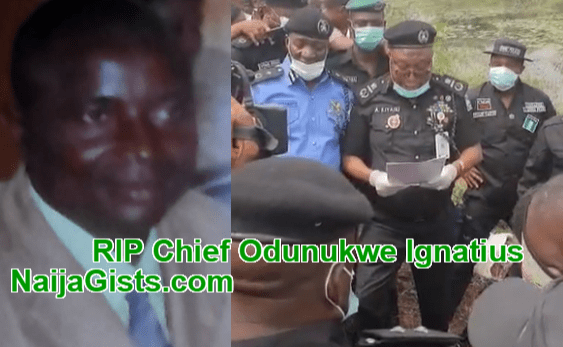 The leader of the four-man gang that killed Mr. Ignatius Odunukwe, the boss of Firman Generators, Bob Ibeaji, said on Tuesday that the lust for money led him to commit the murder. 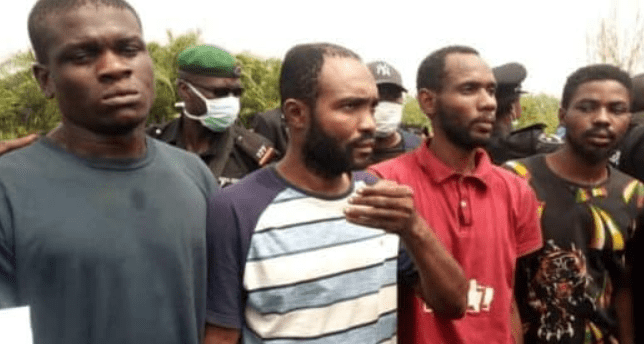 42-year-old who claimed to be a medical doctor, made this statement to reporters during the parade of suspects at the Zone 2 Command, Onikan, in Lagos.

“Unnecessary lust for money and my greed for material things clouded my judgement and made me commit the crime,” he said.

The suspect said that in 2019, he saw an advert for the sale of a property at Katampe, Abuja.

He added that he approached the security who linked him up with the deceased through his phone number.

“I told him I was interested in the property and I think he (the deceased) had a function in Abuja at that time, so we were able to meet once in the city.

“We later met again at Artican Beach Resort, Ajah in Lagos State, on December 1, 2019 where we discussed after which I murdered him with the help of two of my gang members,” he said.

It was gathered that Ibeaji was the leader of a four-man gang that include Solomon Cletus, 30, Arinze Igwe, 26 and Israel Obigaremu, 35.

The late Odunukwe was a renowned billionaire from Anambra State, who was into property development and the owner of Firman Generators.

Ibeaji said that he met Cletus when he was remanded at Kuje Prison, Abuja and discussed the dealings with him, which he promised to help out with.

“I lured Odunukwe into my hotel room through a N900million business deal I was pretending to go along with.

“With the help of Igwe and Cletus, I was able to distract him and hit him on the head using the butt of an axe.

“After then, I injected him twice with shots from a lethal injection. His body was later cut into pieces and dumped somewhere at Ogunbo forest in Ajah,” he said. 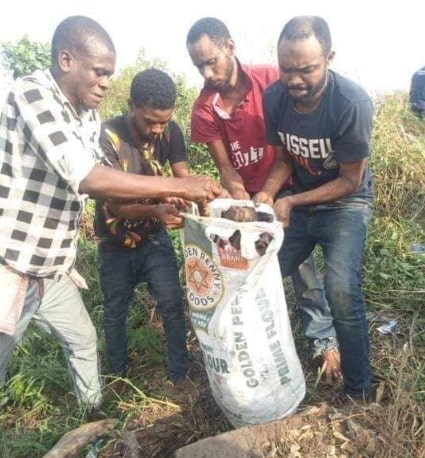 Cletus whom he met at the prison said that he was lured into the act with the promise of a N2 million loan to be given to him if he would participate in the evil plan.

Ibeaji said that Igwe, who was a staff member of the resort, was the one responsible for navigating the culprits’ successful exit from the hotel because of his knowledge of its layout.

However, Israel Obigaremu, the Uber driver, said that he knew nothing about the evil plan and was unfortunately involved because he allowed Arinze to park the deceased car in his compound.

He said that Arinze usually called him for jobs of transporting his clients that lodged in the hotel and that was how he met Ibeaji whom he drove around town.

“Arinze brought the victim’s car to my compound and told me that the car belonged to his boss who had travelled and he promised to come and pick it up the next day.

“I do not know anything about the killing. I was home sleeping when Arinze brought the vehicle to be parked in my compound,” Obigaremu said.

The Assistant Inspector General of Police, AIG Ahmed Iliyasu of Zone 2 Command, Onikan, told journalists during the parade that two similar incidents had been established against Ibeaji in the past.

“The first was that of a civil commissioner in Bayelsa State, where one Depologa was murdered and his remains found where it was dumped along the Abuja Expressway.

“The second is the case of Jude Efulue, a property developer in Abuja, whom he held captive in an apartment and forced him to sign a document transferring the ownership of the victim’s property to him.

“He almost killed Efulue, but the intervention of Efulue’s neighbour led to Ibeaji’s apprehension by the police, which landed him in Kuje Prison,” the AIG said.

Iliyasu advised the public to be careful about what they post online and desist from revealing too much information about themselves on the social media.

“There is a sophisticated dimension that has been introduced into cybercrime and the only way out is to abstain from flaunting one’s achievements and wealth on the social media,” he said.

The AIG said that Zone 2 Command which comprises Lagos and Ogun states had no space for hoodlums to incubate and hibernate.

He warned criminals to desist from their nefarious activities.

Iliyasu said that the four suspects would be charged to court and would face the full extent of the law.

The police evacuated the remains of the deceased into Braingrace Ambulance so as to give him a befitting burial. 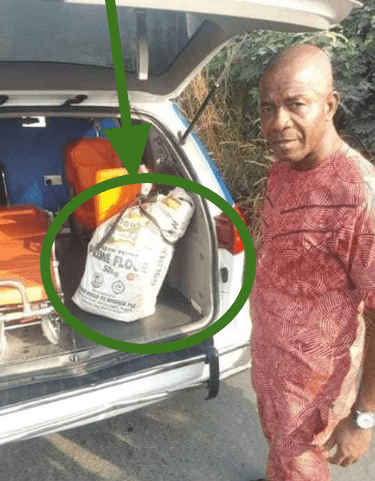