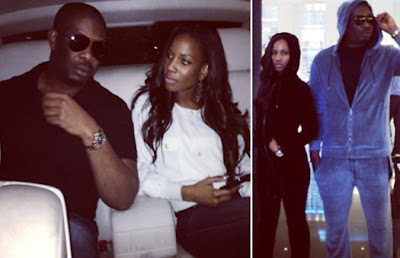 Ace music producer Michael Collins Ajere Aka Don Jazzy took to his Twitter profile few hours ago to respond to the engagement story of Peter Okoye and his girlfriend Lola Omotayo.

In a casual tweet, Don Jazzy said his girlfriend will wait a lifetime if she expects him to propose to her like Peter did to his baby mama.

“Now Onome would be expecting me to propose with a Bugatti.. Hisssss she go wait tire #Khona”

I think his girlfriend might not find this funny.

If she truly loves him, wetin consign her with other party’s proposal.

Oga Don Jazzy watch it o… If Onome vex… make u no say I no warn u o.