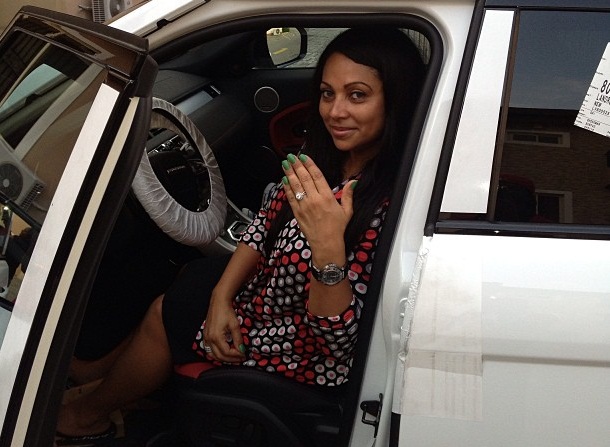 Without doubt, Lola Omotayo is the happiest woman on earth today. Hours after receiving a surprise proposal from the father of her two kids, the excited wife-to-be is showing off her engagement ring.

The mother of two pictured above is the long-time girlfriend and a secret source of inspiration and encouragement to Peter Okoye who came into limelight few years ago.

The exciting part of their romance is that the two started dating when Peter Okoye has nothing.

The P-Square star who has vowed an undying love for Lola Omotayo stood by his promise. 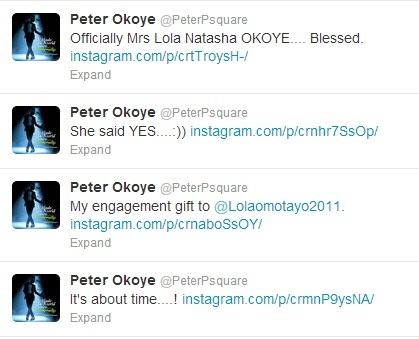 As the saying goes, behind every successful man is a nice and caring woman.

Lola is such a lucky woman in a country jammed with tribalistic war.

Congrats once again to Lola Omotayo and Peter Okoye on their engagement.

Make them invite us come chop rice when the time come o.