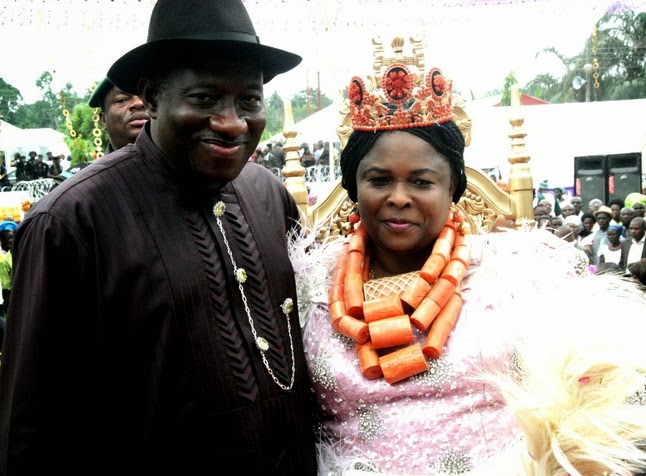 A group of concerned youths in Bayelsa State under the auspices of Bayelsa Youth has threatened to disrupt the re-election rally of President Goodluck Jonathan slated for 5 February in Yenagoa, the state capital, if the wife of the President, Dame Patience Jonathan attended.

The organisation therefore warned her not to accompany her husband for the presidential campaign. Bayelsa is the home state of President Jonathan.

The warning, the group said, was sequel to what it described as attempts by the First Lady to destabilise and fuel needless crisis and political tension in the state.

The Spokesperson of BYV, Precious Ebi Johnson, in a statement on Wednesday said the the First Lady would not be allowed to come to the state “unless she retraced her steps or otherwise we will mobilise against the president’s rally.”

The statement read in part: “We are constrained to issue this statement bearing this important warning to bar the First Lady from accompanying President Goodluck Jonathan to Yenagoa, the Bayelsa State capital, for the presidential rally on 5th of February. 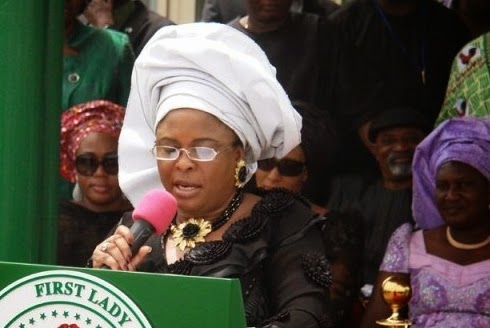 “Our action is well informed by the various steps and activities of the First Lady in recent times which portend clear danger for the good health of our dear state.

“We note with regret the various attempts by the First Lady to create crisis in the state through subterfuge or using surrogates.

“As things are, we want to make it very clear to her that she has to change this attitude or we go against her coming to Yenagoa with the president for the presidential campaign. Indeed, we may be forced to mobilise against the entire rally.

“For the avoidance of doubt, we want to state clearly that we love our dear president. President Goodluck Jonathan is our own even when we have to add that we have not really benefited from his administration as expected.

“We dare say the president should not come to Bayelsa with his wife if she continues to fuel crisis and destabilising the state for no just reason except for selfish reasons.

“This is not Rivers State and we won’t allow it to happen. The youths of Bayelsa will not allow her to step her foot into Bayelsa soil unless she retraced her steps.

“We want to further state that we are not sponsored by anybody but certainly cannot just stand by and allow our peaceful state to be dragged to the mud as she did in Rivers State.
We are no fools.

“The First Lady cannot come to our state to dictate for us who to support and vote for. We are matured enough to know what is good for us. Nobody should come and bribe our poor mothers and women with expired bags of rice and little change in the name of politics to mislead our people”, the group said.