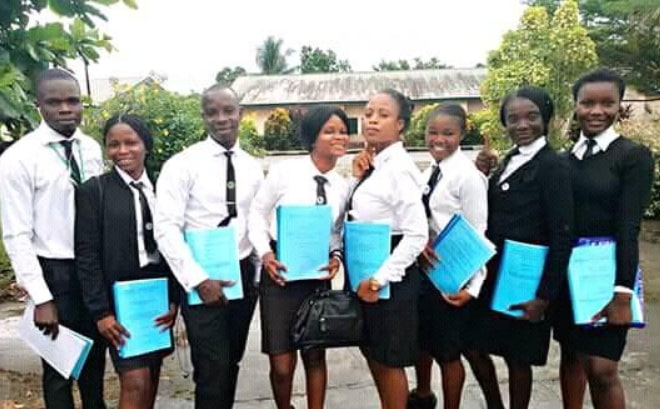 It was gathered that the final year students of Environmental Science were kidnapped by their assailants at about 11am on Monday and taken to an unknown place.

Sources said the students were walking along the School Road to their hostel when some men rounded up close to the Ogbia market.

One of the sources, who spoke in confidence, said the incident happened close to the scene where some policemen were ambushed and killed by gunmen prior to the concluded governorship poll in the state.

“The girls were walking to their hostel from school when some men appeared from the bush and accosted them. They seized them and took them to an unknown place. They must have been armed. They took the girls across the river”.

“The landlady of one of the abducted students came to the campus with a pair of the girl’s sandals. We saw her crying and appealing to the school authority to rescue the victims”, she said.

When contacted, the Police Public Relations Officer, Butswat Asinim, said the matter was yet to be reported to the command’s headquarters in Yenagoa.

How To Get Glowing Skin Naturally In A Week With Pure Blend Miracle Beauty Box
Fire Prevention Tips: Effective Ways To Prevent Fire Outbreak Before It Starts