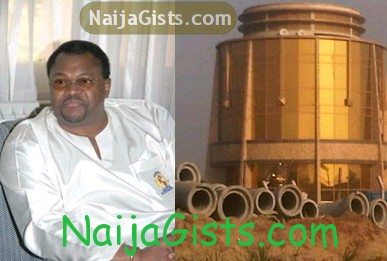 According to sources, the second richest man in Nigeria has relocated from his previous office in VI, Lagos to #31A close in Banana Island.

This move is for convenience as Mike Adenuga already has a mansion in Banana Island estate, the most expensive residential area in Nigeria mainly occupied by wealthy people.

It costs a whopping 8 billion naira to complete both the office building and the mansion.

A Little About Banana Island, Lagos: It’s an artificial Island located in Lagos State Nigeria. It’s housed in the Lagos Lagoon and linked to North-East of Ikoyi Island with a road strip that is linked to the existing road network.

Banana Island has offices and mansions owned or rented by wealthy Nigerians.