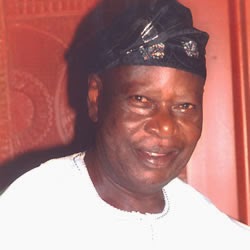 Ex-Secretary to Oyo State Gov­ernment (SSG), Dr. Nasiru Dejo Raimi, is dead. Raimi, the former chair­man of the Governing Council and pro-chancel­lor of the Federal Univer­sity of Technology, Akure (FUTA), died at the age of 81.

The Peoples Democrat­ic Party (PDP) chieftain was said to be hail and hearty all through Satur­day, but was said to have complained of uneasiness in the midnight, following which he was rushed to a nearby private hospital where he died on Sunday morning.

The deceased rose to become the chief medical officer in the old Oyo State before his venturing into politics in the Fourth Re­public, as a staunch mem­ber of the defunct Social Democratic Party (SDP).

He was subsequently appointed the SSG by the late Kolapo Olawuyi Ishola, who won the 1991 governorship election in the then emerging new Oyo State and served in the position till a month to the sack of the then ci­vilian administration on November 17, 1993 when the governor replaced him with Busari Adebisi, the current Oyo State chair­man of State Universal Basic Education Board.

While former gover­nor Rashidi Ladoja ap­pointed him a member of the Governing Board of the Oyo and Osun states jointly-owned Ladoke Akintola University of Technology (LAUT­ECH) in 2003/2004, the Federal Government un­der President Olusegun Obasanjo appointed him pro-chancellor and Gov­erning Council chairman of FUTA.

Following the an­nouncement of his death, the ‘Denton Villa’ at Ago­di GRA, residence of the physician, became Mecca of sort for people, as they started trooping in to commiserate with the de­ceased’s immediate family members.

Among the early callers were the wife of former governor Ladoja, Mutiat Olayinka, who wrote in the condolence register: “Daddy, it was a rude shock that you have gone. I thank God that I was able to see you and we talked at length on Friday at the air­port. May Allah grant you eternal rest and uphold the family you left behind.”

Soji Adejumo, another member of the PDP and one of the governorship aspirants, said: “Papa, you lived a very remarkable, ebullient and resilient life. You gave your best to hu­manity. In your medical profession, you were a colossus beyond compare.

“Politically, you were an enigma and remained very charismatic to the end. You built bridges. You have left a vacuum that will be difficult to fill.”

Former chairman of Oyo State Council of Ni­geria Union of Journalists (NUJ), Victor Oluwad­amilare, wrote: “Though Baba was ripe in age, his sudden demise was very shocking and unbeliev­able. Baba’s death is an end of a good era. He was passionate about Ibadan nation, a separate state for the Ibadan people, Yor­ubaland and Nigeria as a whole. He will be greatly missed by the Lagos/Ibadan axis of the Nige­rian media. Adieu.”

As at the time of fil­ing this report, the family members were meeting to put finishing touches to the burial arrangements, holding today according to Islamic rites. The late physician is survived by three children.