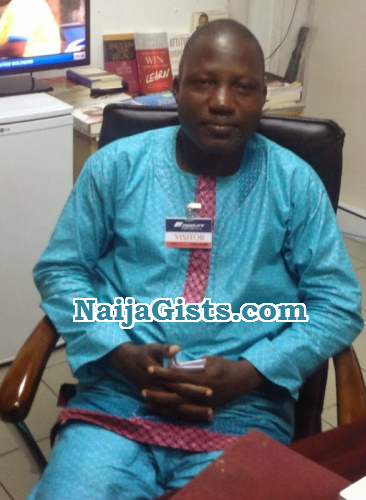 The pastor in-charge, Pentecostal Power and Authority Ministry Worldwide, Mr Kayode Oladoyinbo, and his wife, Christian, are locked in a bitter divorce battle after 11 years of marriage. The union is blessed with three children, aged 11, 9 and 6, respectively.

Asking an Ojo, Lagos Customary Court to dissolve the marriage, Christian accused her husband of frequent beatings, cruelty, illegal summoning and arrests, lack of care and stealing of the church funds as reasons she wants a divorce.

Accepting the divorce claim instituted by his wife, Kayode said he was fed up with the marriage, accusing the wife of wickedness. According to the pastor, the wife, sometime in 2009 poured kerosene on him with the aim of setting him ablaze, before he managed to escape. He said, at another occasion, the petitioner attempted to kill him with a knife, saying he took the weapon and fled to safety.

On another occasion, Kayode claimed the wife threatened to burn down the church and kill him in the process. He alleged that this prompted his reporting the matter to the Morogbo Police Division, saying she was subsequently arrested. He revealed that under interrogation by the police, the wife confessed that she actually threatened to attack the church, but that she was not serious about it.

The wife, however, pleaded with the court to stop the husband from intimidating, embarrassing and molesting her, and asked that she is granted the custody of the children of the marriage.

Counsel to Kayode, Mr. Ademola Adedayo, narrated to the court efforts to settle the matter between the couple, saying the efforts proved abortive due to the petitioner, Christian, who remained intransigent.

However, when the Court President, Chief Joseph Ogunmola, asked the parties their final say on the marriage, the wife said she wanted the marriage saved, but her husband insisted that, having come this far, he would want the marriage dissolved. “I want this divorce. I am tired of my wife, her constant quarrels and lack of respect for me, my ministry and my family”, he said.