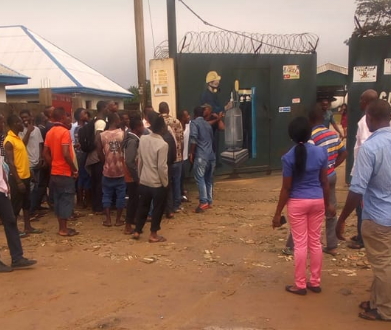 A security guard who helped a lady to lift her traveling bag around 6am yesterday raised alarm after he felt his manhood had been stolen.

His cry for help caught the attention of area residents of Mgbuoba area of Port Harcourt who ordered the alleged ritualist to return the stolen manhood or risk her life and right there, the security guard regained his manhood. 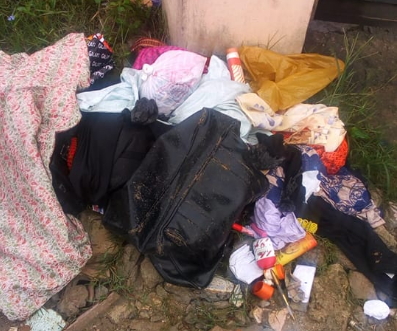 See comments from those who read the story. 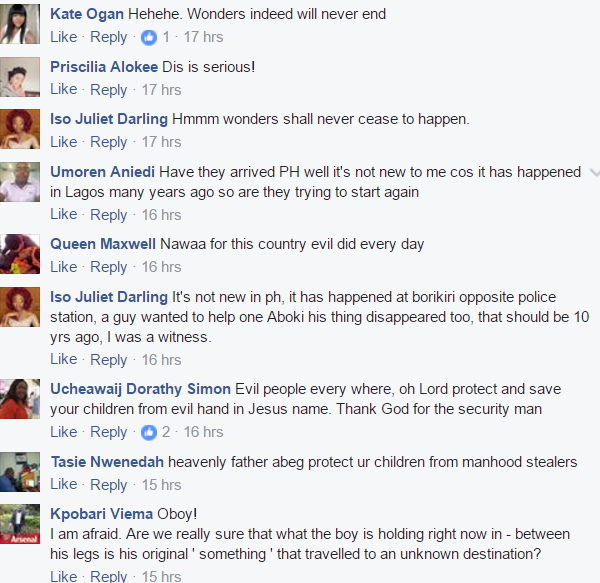 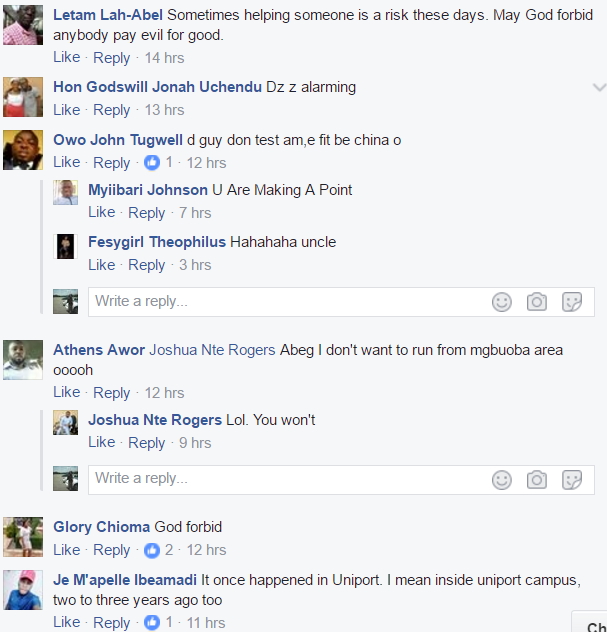