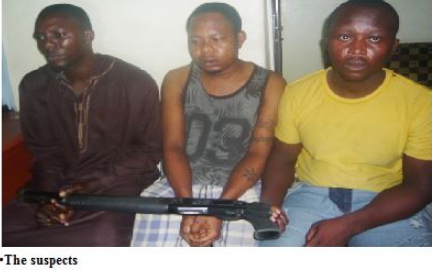 October 7, 2017 – How Mushin Boys Cultists Killed Rival, Cut Off His Head & Used It To Play Football On Lagos Street

A robbery suspect has confessed how members of a rival gang killed a man identified as Tunde, cut off his head and used it to play football in their street.

39-year-old Habib Afuwape popularly called Mabo who denied ownership of a rifle police found in his possession said he seized the gun from another cultists named Jossi during a street fight between Onipanu Boys and Toll Gate Boys in January 2016.

He added that a supremacy battle is what led to the deadly gang war that triggered a series of clashes in the the area recently.

Habib Afuwape and two others were recently arrested by IRT operatives in connection with the deadly clashes in Mushin Lagos.