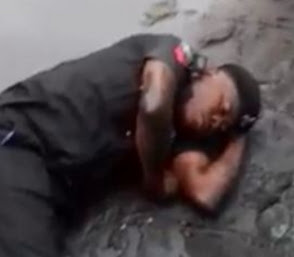 Check out the viral video of a policeman on duty who drank too much beer and got intoxicated.

He reportedly fell into a muddy pond as he was returning to his duty post after a short break.

In his video that went viral yesterday, some people suggested lifting the poor police officer but others objected to it.