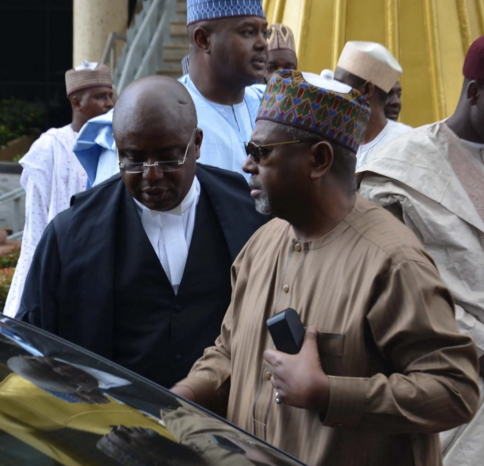 The Department of State Services (DSS) on Wednesday moved ex-National Security Adviser (NSA), Sambo Dasuki who is under probe for $2.2 billion arms supply contracts executed under his watch to the custody of the Economic and Financial Crimes Commission (EFCC).

Dasuki who is being tried by the DSS on allegations of treason and corrupt arms deals was arrested by the operatives of the secret police early yesterday morning.

Men of the secret police had laid a siege to his residence for about a month and restricted his movement. It was learnt that the anti graft agency which had made several arrests in connection with the weapons purchase scandal had requested DSS to transfer Dasuki to its custody as he was the main architect of the deals.

The EFCC had already arrested Raymond Dokpesi, former governor Attahiru Bafarawa and his son, Sagir, former minister, Bashir Yuguda, as well as the son of a former minister of defence, Bello Haliru, in connection with the probe.

A presidential committee set up by President Muhammadu Buhari to probe arms procurement during the last administration had indicted Dasuki and others.

The Committee said in its reports that about $2.2 billion budgeted for procurement of weapons for the military to fight Boko Haram was diverted for other purposes.

President Buhari had ordered the arrest and trial of those indicted in the report some weeks ago.