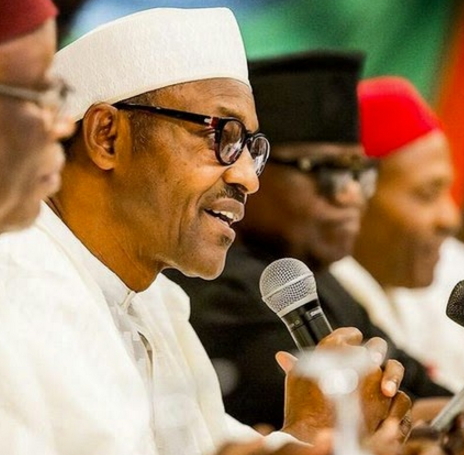 A human rights and public interest litigation lawyer, John Nwobodo has sued President Muhammadu Buhari and the Attorney General of the Federation at the Federal High Court Abuja over the dichotomy or difference in the status of ministers of government of the federation.

He says all ministers should be of the same state not segregated into senior and junior ministers .

The Plaintiff in the suit marked as FHC/ABJ/CS/9942015 is seeking the 4 reliefs namely:

(B) A DECLARATION that the designation or appellation “Minister of State” or “State Minister for” which carries the connotation of inferiority to full or substantive “Minister” and which renders such “Minister of State” or “State Minister for” subservient or put him/her in a position to take instruction or answerable to a full or substantive “Minister” is a strange contraption, alien to the Constitution of the Federal Republic of Nigeria 1999 (as amended) and therefore unconstitutional.

(C) AN ORDER directing the President of the Federal Republic of Nigeria to put all the 36 Ministers of the Government of the Federation at par with each other in terms of status, benefit and privileges.

DSS Moves Dasuki To EFCC Headquarter In Abuja Over $2.2 Billion Arms Supply Contract Fraud
Opinion: One Nigeria For Hausa/Fulani, Yoruba & Few Biafrans Having Fun In It