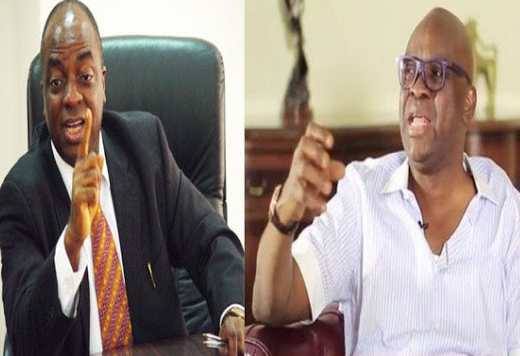 The Governor of Ekiti state Ayodele Fayose has warned the Department of State Services (DSS) over the planned detention and trial of Apostle Johnson Suleiman of The Omega Fire Ministries Worldwide and the General Overseer of Living Faith Church Worldwide International (Winners’ Chapel International), Bishop David Oyedepo, describing it as indirect invitation to religious crisis in the country.

Governor Fayose alleged that; “There is plan to charge Apostle Suleiman and Bishop Oyedepo for incitement and attempt to cause public disorder on Friday, and make sure that they are not granted so to get them remanded in Kuje Prison perpetually.”

He said this plan was to humiliate these men of God as well as silence them and create fear in other people that may want to speak against the heinous crime against humanity being committed daily while perpetrators are being shielded by the federal government.

The governor however got it wrong for adding Oyedepo to the matter.

Please note, the viral DSS report on Oyedepo was falsified by gossip mills to gather momentum for controversial prophet Suleman who is scheduled to appear before the DSS tomorrow.