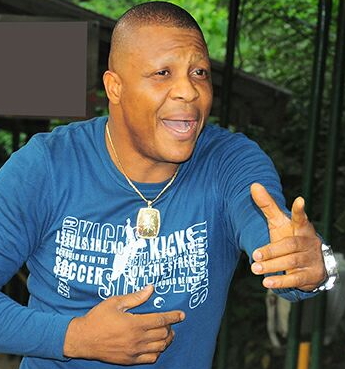 Yomi Peters, the younger brother of Afrojuju crooner Shina Peters is currently in the country to promote his new single Igbeyawo.

Yomi Peters recently talked exclusively to The Nation on what really went down on the day he was accused of robbing his brother back in 1998.

Though the incident is 18 years now, Yomi revealed that he had gone to see SSP in his Iju Station home in Lagos to resolve some family issues, involving their other brother whose wife had come to complain that her husband has abandoned her with their four children.

He said his immediate elder brother’s wife had come to see him during a show at Heritage Garden, Isolo, Lagos, complaining that ‘my brother drove him out with four children because my brother stayed back in America and didn’t follow her back to Nigeria.’

He said he promised her to come and see his brother (Sir Shina peters) to discuss the matter to know what is really happening.

On that note, he said:

“I went to Shina Peters’ house, it was around 7pm and I met the gateman who knew me and greeted me, but did not open the gate for me as he needed to get clearance from his boss. I was there waiting with the man who drove me down. After about 30 minutes without any response, I knocked on the gate again. I wanted to ask the security that whether my brother said he should not open the gate for us,” said Yomi.

“After that, we didn’t hear about the security. We did not even see him. We did not even know what was going on. And the guy that drove me there was telling me, ‘let’s go. I don’t think this is your brother’s house. I said, ‘don’t worry. Maybe he is sleeping and they’re trying to tell him.

“Soon, we heard people shouting Ole! Ole! (thief, thief) from the house. And the person that took me to the place was telling me, let’s go. E bi like say they are shouting armed robber on you.’ I said no, no, no. I was scared for my brother, thinking there may be an armed robber in the house. My brother’s house was built with electric fence. So you cannot climb it. How are you going to climb light wire? So definitely, climbing the fence, as alleged was a lie. I just climbed the flower bed to open the security house to see what was going on inside because I didn’t imagine it was me they were calling an armed robber. So when I tried to open it, I saw my brother in knicker with his wife. And before I knew it, he had called the police.

“So, I said, ‘ah, my brother, is it me that you are calling armed robber?’ Before I knew it, policemen arrived from Oko-Oba Police Station. They searched both of us but found no gun. When my brother opened the gate, it was then that I knew what was going on: Sammy, his wife said, ‘they are 20 in number’, that the rest armed robbers had run away.”

Upon discovering that he and Shina Peters were blood brothers, Yomi said the police dismissed the matter saying it was a family affair. “The situation on that day was chaotic and if I was not also well-known in the area, they could have killed us,” he said.

“I entered the house and confronted my brother over the allegation of robbery. I was so mad, I started fighting with him. Then, my brother’s wife locked the gate and unknown to me, she went to call another set of policemen.”

This time, the police reportedly held Yomi and ordered him to come with them to the station, “but I insisted that the person that accused me of robbery must come along. But my brother diverted along the way and never got to the station with us. I refused to write any statement without the complainant being present. Thus, they locked me and the driver up. The next morning, we saw a newspaper headline that read: ‘Yomi Peters with armed robbery gang invade Shina Peters’ house. All the papers that carried the story had it on their front page.

“My brother sent one of his fans, Tunde Adaba, on the second day to tell the police that I was not an armed robber, but the police were adamant and said nothing could be done until Shina Peters shows up. So they locked Tunde Adaba up too.”

Yomi said Adaba’s wife then went to cause a scene at Shina Peters’ house over the detention of her husband. It was not until the third day that Shina Peters came to the police station with an ex Police Commissioner who pleaded with him.