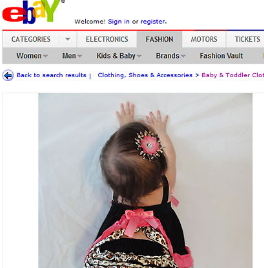 A man accused of trying to sell his infant daughter online has admitted to posting the advert, which offered the girl in exchange for 5,500 dollars, the police said on Monday.

The 28-year-old man admitted to posting the ad on eBay Kleinanzeigen, a popular online platform for buying and selling household items.

“The man said that it was intended as a joke,’’ the police said.

The man and his wife, who are being investigated on suspicion of human trafficking, initially denied posting the ad, it went up late on Tuesday, prompting employees at the website to contact police.

Police said that the family that posted the ad was refugees, without giving details as to their nationality.

The child has been taken into care.