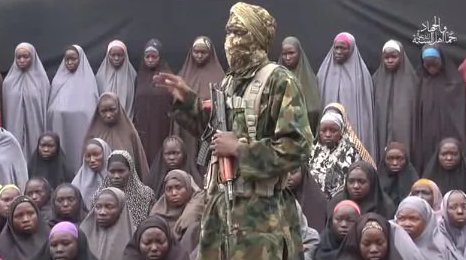 Buhari Special Assistant on Media and Publicity, Garba Shehu, has revealed that the Abubakar Shekau faction of the Boko Haram is willing to release 83 more Chibok schoolgirls in its possession after negotiation with the Federal Government.

Shehu told Reuters Foundation on Sunday that Shekau faction was holding about 83 more Chibok schoolgirls adding that the group had expressed willingness to release them if negotiation with the federal government was successful.

Reports filtered in yesterday that the group may give the government two conditions for the release of the girls. The conditions include the release of 18 of its commanders in the custody of DSS and millions of dollars as ransom payment.

Affirming the report, Shehu, in an interview with Reuters Foundation, said a faction of the Islamic sect released the girls to assure the current administration that they had them.

According to Shehu, “These 21 released girls are supposed to be tale bearers to tell the Nigerian government that this faction of Boko Haram has 83 more Chibok girls.

“The faction said it is ready to negotiate if the government is willing to sit down with them.
The Presidential media aide, also disclosed that the remaining abducted Chibok girls were with the Shekau faction of the terrorist group.