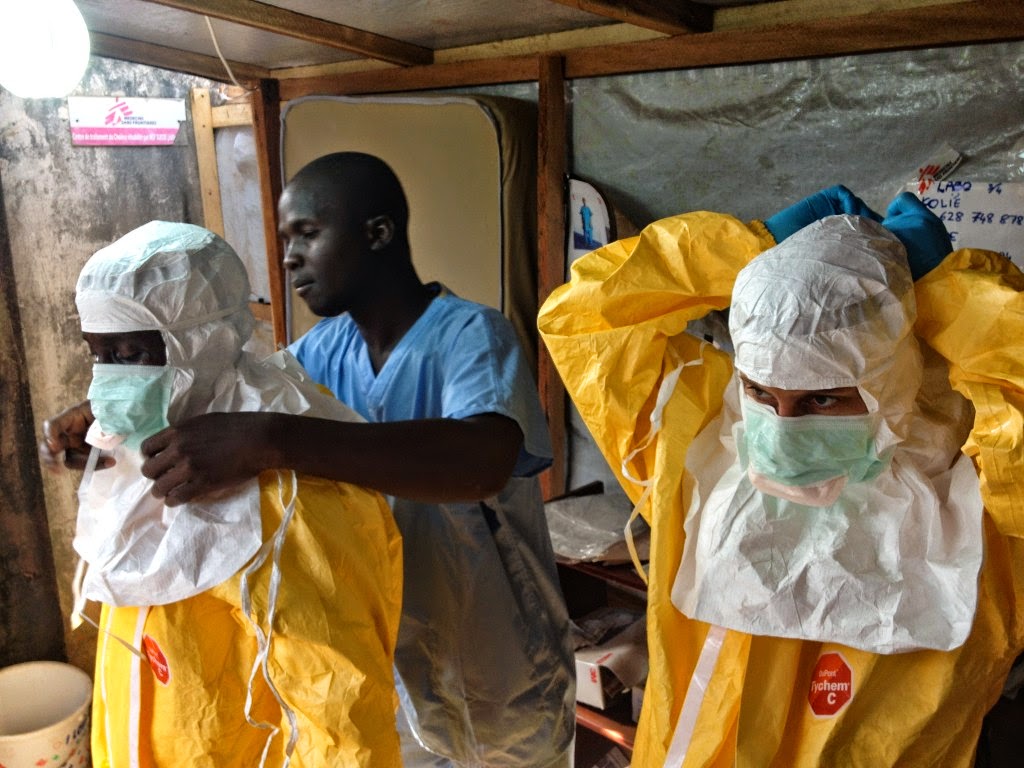 Any excuse that was floated to justify the provision of ZMapp Ebola cure to Americans only and not any single Africans, went out the window when a Spaniard priest who came down with the virus received his own doses as is in headlines today.

There is nothing left for Africans to figure out. We are monkeys. Late Dr. Sheikh Umar Khan, a most respected, altruistic specialist who was globally cherished for his forefront battle against Ebola was not given the drug. African nations keep pleading for the drug to be given to their victims, but not a single African has yet merited it; but the American Caucasians did and so do the Spanish Caucasians.

It therefore comes as no surprise that it took five days of Ebola affecting Americans for this cure to emerge, but no cure was ever ‘found’ or revealed for the four decades that Ebola killed only Africans.

But we as Africans cannot blame the west. We cannot be mad. This only tells us that we are at war, or well, the West is at war with us; that the West does not value or respect us. This only reminds us that we as a continent are no better viewed by the West than we were 100 years ago when one of our sons, Ota Benga was locked up for viewing in the Bronx, New York zoo – till he took his own life.

But more importantly, this reminds us that it is time; time to kick out our hopeless administrations. There is no reason why we should beg for simple remedies that we can produce ourselves and that were made from antibodies harvested from our own sons, from the West. Absolutely no reason. As a molecular scientist and physician, I am confident that with very little funds I can purify ‘ZMapp’ serum monoclonal antibodies for public use within 3 months. Therefore this crises tells us that with leaders who are intoxicated with buying the most private jets from Europe and who believe in subservience to Europe and Europe-tailored development, we have lost our dignity, hope and life. We are nothing more than rats being led for the slaughter and a shameful death at that, by our leaders and the West. The West does not even hear whispers from our leaders’ pleas for the drug. They scoff at our #GiveAfricaZMapp and #GiveThemExperimentalDrugs campaigns.

Ebola is a pestilence here to disgrace us Africans and stimulate us. This is our curse of hopeless leadership. This is our reward for shameless followership. Ebola is to our shame. Ebola is our name.