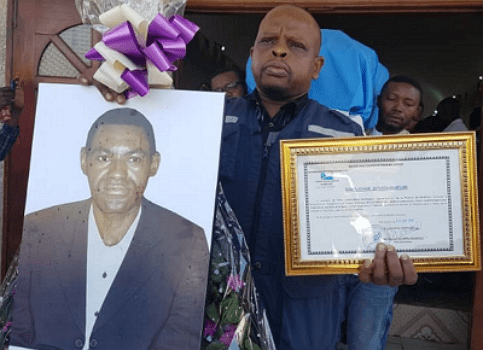 Three doctors have been arrested in eastern Congo over the murder of a World Health Organisation (WHO) epidemiologist.

A military prosecutor made this known on Thursday, as the country continues to battle a deadly Ebola outbreak.

The arrested doctors had been working to try to stem the epidemic in North Kivu province when a Cameroonian doctor, Richard Kiboung was shot dead in April at a hospital in Butembo city.

The men will appear before a military court, he said, adding that they are charged for terrorism and conspiring to kill Mouzoko for motives of hate and jealousy.

Mouzoko was an epidemiologist deployed by WHO as part of its response to the Ebola outbreak.

WHO said the killing took place during a coordination meeting at Butembo University Hospital.

A fourth suspected doctor is still at large, he said, and dozens of militia members will also be charged in connection with the crime.

Authorities and aid groups have also had to deal with a local population suspicious of health workers and there have been numerous attacks on clinics, hampering the response to the outbreak.

The World Health Organisation declared the outbreak an international health emergency in July.3

Continue Reading
You may also like...
Related Topics:cameroonian, congolese, doctor, doctors, ebola, WHO