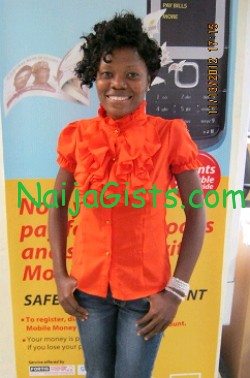 Just last week, Ebube Essien-Garricks, was announced as the winner of the MTN Ultimate Wonder Promo. But the Port Harcourt-based student, chose the cash equivalent of the Cessna 182T aircraft she should have – about N64 million. She recounts her initial reactions when she heard the news.

“I was surprised when I was called by a family friend that I had won because I thought it was not real,” she said.

“Before then, I had never played any game concerning MTN. Ironically my SIM card was blocked at the time. I had a code on my phone which I forgot and in the process of trying to decode it, my line was blocked.

“When he told me, I just told him to forget about it that it was the handiwork of 419 people. But later a lady called me from MTN to confirm it. I then asked her to unblock my line to convince me. She did so and it was at that point that I realised my fortune.”

It is very true that success has many friends. In Essien-Garricks’ case, she is attracting not just friends, but suitors. But the 300 level student of Radiogaphy, says she cannot be fooled.

“I know what love is,” she said. “People are calling to ask my parents if I am married, some others are giving them promises.

“Even on the Internet, I don’t have a Facebook account but someone has opened one in my name. If anyone is coming because of my money, I promise the person that he will not get a dime because I will make sure he doesn’t.” (Article Credit: DailyPost)