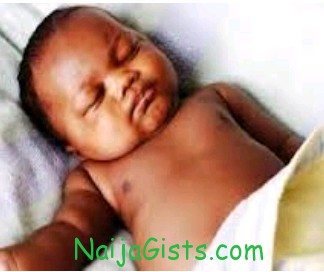 Obasi was apprehended by John Diwa, the chief security officer of Gwarimpa General Hospital, who reported the case at the Life Camp Police Station, Abuja, on 13 November.

Police prosecutor, Cpl. Simon Emmanuel said the officer reported that the accused brought the baby to Gwarimpa General Hospital for medical treatment and could not give valid information about the baby when questioned by the doctors.

The prosecutor said that during police investigation, Obasi explained that the baby belonged to one Blessing Musa who abandoned it at her residence three days after delivery and ran away.

He said the accused, however, claimed that Blessing, the mother of the baby, approached her and pleaded for assistance and she had pity on her condition and decided to employ her to stay at her residence.

The prosecutor said all efforts to reach the mother proved abortive, adding that the offence contravened Section 287 of the Penal Code.

The accused pleaded not guilty and the prosecutor prayed for a date for further hearing in view of her plea.

Chief Magistrate Rahmatu Gulma granted the accused person bail in the sum of N100,000 and one surety in like sum.

She added that the surety must live in a defined address within the jurisdiction of the court and adjourned the matter to 26 November for further hearing. (Source)